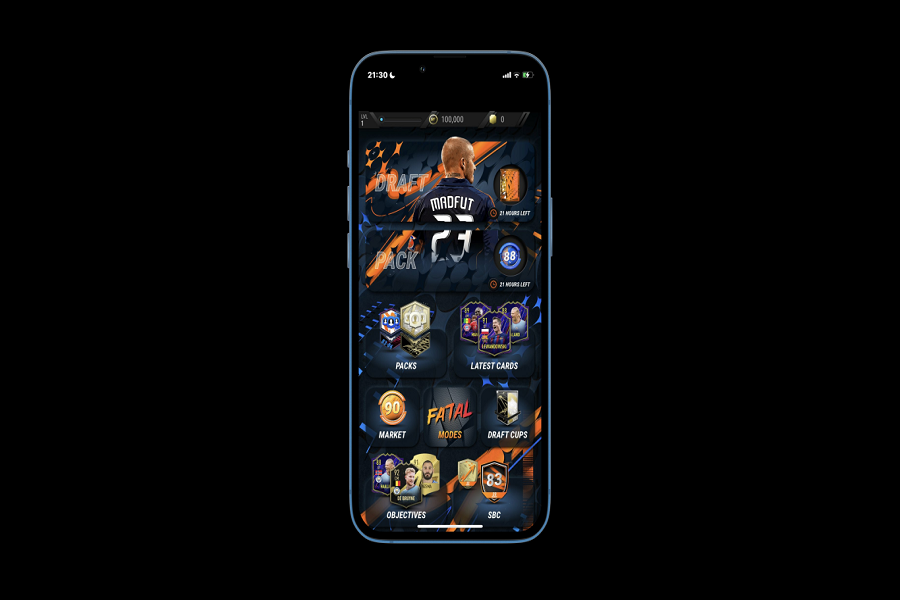 Ever since the release of Madfut 23 for Android, iPhone users have asked when iOS Madfut 23 is coming out for iOS devices. As we have seen the craze of Madfut 23 among the users and trend on Google search, we are here to share some detail about Madfut 23 download and release date.

As FIFA is so popular worldwide and people are crazy about it, the third-party developers decided to give the best FIFA-like experience to the fans with the new game called Madfut 23.

Last year, a new Madfut 22 version was released for Android and iPhone. And now, the time has come to release another version called Madfut 23.

If you are a great FIFA fan and did not get a hand with Madfut, then Madfut 23 would be the best chance to experience the best world of FIFA  on your iPhone.

Just like last year’s Madfut 22, the new Madfut 23 is the upgraded version with some new and fun gameplay. This version also has some creative modes and challenges that users will love. This year’s version has new and exciting things related to FIFA Ultimate Team.

As the Android version of the game launched on October 05, we can expect the Madfut 23 release date for iOS around October 10, 2022. Although there is no official confirmation from the developers regarding the release of Madfut 23 for iPhone, we can expect it in a couple of days.

However, the Madfut 23 beta testing is live for iOS users with the help of Apple’s TestFlight service. Due to limited seats for Madfut 23 iPhone beta, a new user cannot download Madfut 23 on iOS. Users should wait for the final release to get Madfut 23 on iPhone.

Are you excited about the Madfut 23? Which iOS version are you using? Did you get the Madfut 23 on your iPhone? Feel free to share your feedback in the comment section.

TagsWhen is Madfut 23 coming out on iOS