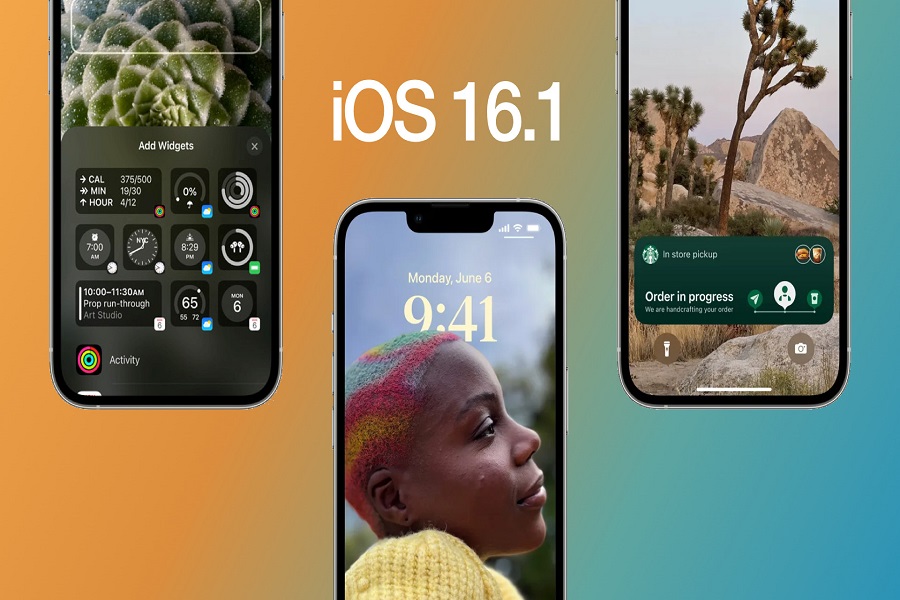 Fasten your seatbelts Apple users as a new iOS update is on the way. Yes, you’ve guessed it right, we are talking about the much-anticipated iOS 16.1. After releasing so many beta versions to gather users’ reviews, this update is finally on the way to launch for the general public.

Are you all set to bid adieu to the previous iOS version but a little bit scared of the new update? Well, to cut through the clutter and to make your decision easy, our team has compiled every single aspect related to iOS 16.1, such as its release date, upcoming features, and the benefits of updating the iOS here. Scroll down the page and make yourself prepared for the same.

While Apple hasn’t rolled out any specific or official news about the launch, Bloomberg claims that the company is planning to unveil iOS 16.1 on 24th October 2022, leaving the fans excited. However, users still have to wait for a while until an official announcement is made by Apple.

Speaking of the time, Apple often releases its update at around 10:00 in the morning, so let’s see whether it follows the tradition this time or not.

The update will bring new features and improvements to iPhone and iPad users, including the ability to use the new widgets, support for new emoji characters, and much more.

A Guide to the Benefits of Updating to iOS 16.1

It’s no wonder that there are many benefits to updating your operating system, including getting new features, security updates, and performance improvements. Here, we have mentioned a few of them to facilitate the users.

What features are included in iOS 16.1?

Since iOS has launched plenty of beta versions for iOS 16.1, it’s not hard to speculate on some of the features. Here, we have mentioned a few of them. Read them thoroughly and see if they make the update worth downloading.

The battery indicator has been redesigned in iOS 16.1 to provide a more accurate representation of your battery life. You can find a battery percentage indicator in the status bar in a new iOS.

Apple Wallet allows users to store their credit and debit cards, loyalty cards, boarding passes, tickets, and more in one place. It also allows users to make payments using their iPhones in stores, online, and in apps. However, for the very first time in history, Apple allows users to delete this app if required.

The new iOS is prioritizing live activities while allowing users to track everything in real-time, right from their lock screen. Interesting, isn’t it?

There is no official release date for iOS 16.1 yet, but it is expected to come out on 24th October 2022. Apple typically releases a new version of iOS every year around September/October, so iOS 16.1 will likely be unveiled around that time frame.

Keep an eye out for announcements from Apple regarding the release date of iOS 16.1, and be sure to update your iPhone as soon as it becomes available. For more Apple news, keep visiting the page.

TagsWhen is ios 16.1 coming out

iOS 16 Earth Wallpaper Wrong Location: How To Correct It
Why people are searching “how many emojis on ios”?
Comment