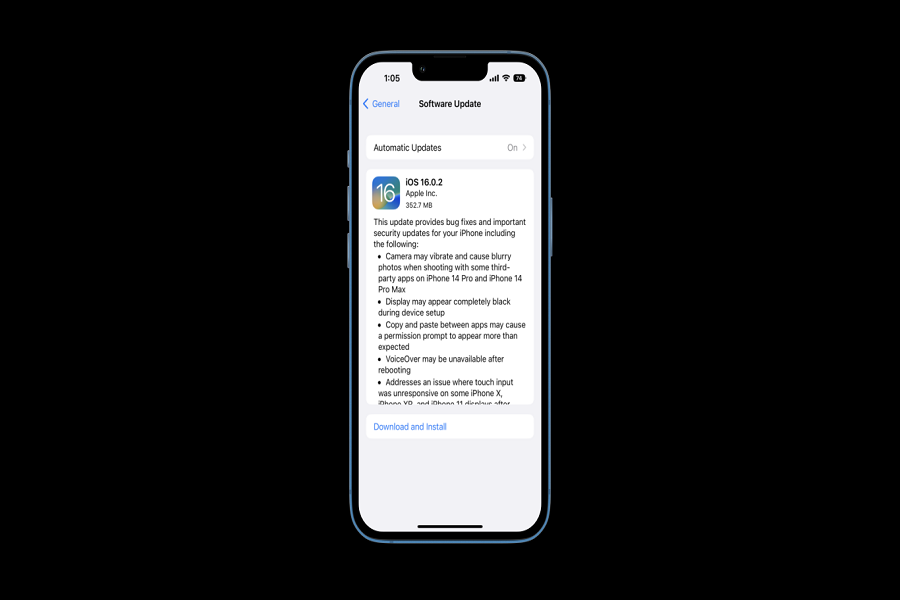 IOS 16 is now available for users to download on their compatible devices. It is not surprising that the software update contains numerous bugs and glitches. Whenever an update is released, there are usually some issues that are later resolved by releasing newer versions of iOS, which help to resolve all of the issues. If you are experiencing major issues after installing iOS 16, don’t worry; this is completely normal. Although users were not expecting iOS 16 to have so many bugs, it still does. To put things in perspective, Apple recently released iOS 16.0.2 to the general public in order to address some major bugs that were affecting the new iPhone 14 series and other devices.

The update is slightly more than 350 megabytes in size on the iPhone 14 Pro; the size may vary depending on which iPhone model you are using. This update’s building number is 208380.

A patch for the massive iPhone 14 Pro bug that made headlines around the world over the weekend and earlier this week. According to Apple, the issue where the camera vibrates and causes blurry photos when shooting with some third-party apps on the iPhone 14 Pro and 14 Pro Max has been resolved. Initially, people thought it was a default issue with the iPhone 14 series, but Apple quickly responded, stating that it is a bug that will be fixed in a software update.

a fix for the copy and paste bug, which is possibly the most troubling bug in iOS 16. According to Apple, copying and pasting between apps may result in more permission prompts than expected. Thankfully, that has been the case.

This update also addresses an issue where touch input on some iPhone 10, iPhone 10r, and iPhone 11 displays became unresponsive after being serviced. In other words, you couldn’t use your touch screen display, which appears to be a soft software bug that has been fixed with this update.

According to Apple, the display may appear completely black during device setup, but this was simply a bug in iOS 16. As a result, the iOS 16.0.2 update will address this issue.

Meanwhile, iOS 16.1 Beta 2 is now available, and it includes a dynamically updating battery indicator similar to that found on Android devices. In October, the public will be able to download iOS 16.1 and iPadOS 16.

Vibrate On Silent On iOS 16: How To Turn On/Off On iPhone
How To Add Depth Effect Wallpaper On iPhone X In iOS 16
Comment