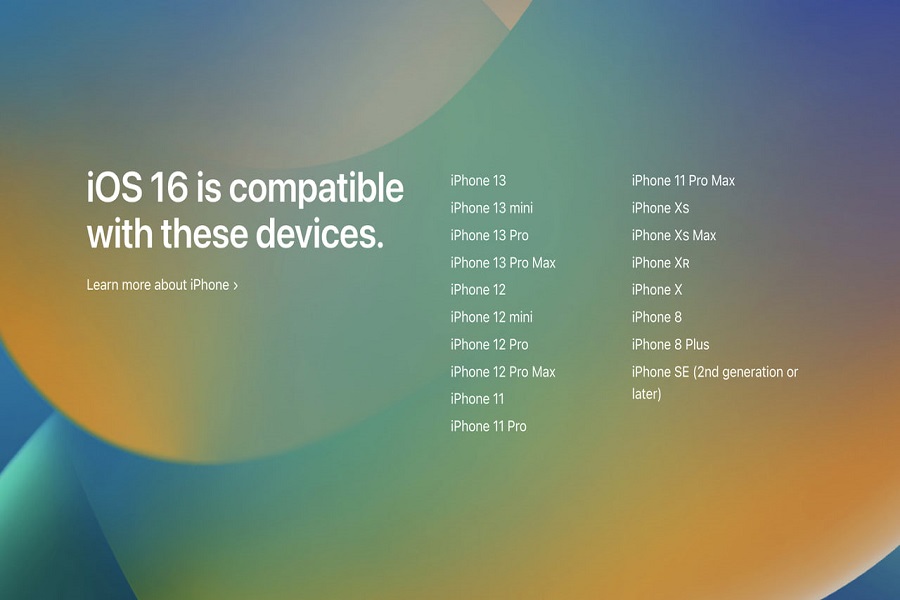 When Apple’s senior vice president of software engineering Craig Federighi said, “iOS 16 is a big release, with updates that will change the way you experience iPhone,” every iOS geek around the world believed it when we saw the glimpse of iOS 16 at the WWDC June event.

The lock screen customization and iMessage update were the biggest surprises for iPhone users. As we saw these fantastic features of iOS 16, people were also asking what iPhones would get iOS 16 update.

As we are heading towards the final release of iOS 16, everyone is eagerly waiting to find out which device will support iOS 16. If you are one of them, here we have the list of compatible iOS 16 iPhones so that you can keep your iPhone ready to install iOS 16.

What iPhones will get iOS 16?

Apple has announced that Apple September 2022 event is happening on September 7, where the company will release the new iPhone 14 models along with the most awaited iOS 16 update. If you have an iPhone with iOS 16 support, you can enjoy all the new features of the update.

No, iPhone 7 will not get IOS 16 as Apple is ditching this model from this year.

iPhone 6S will not get IOS 16 as Apple removed the support of older iPhones from the iOS 16 update.

TagsWhat iPhones will get iOS 16?