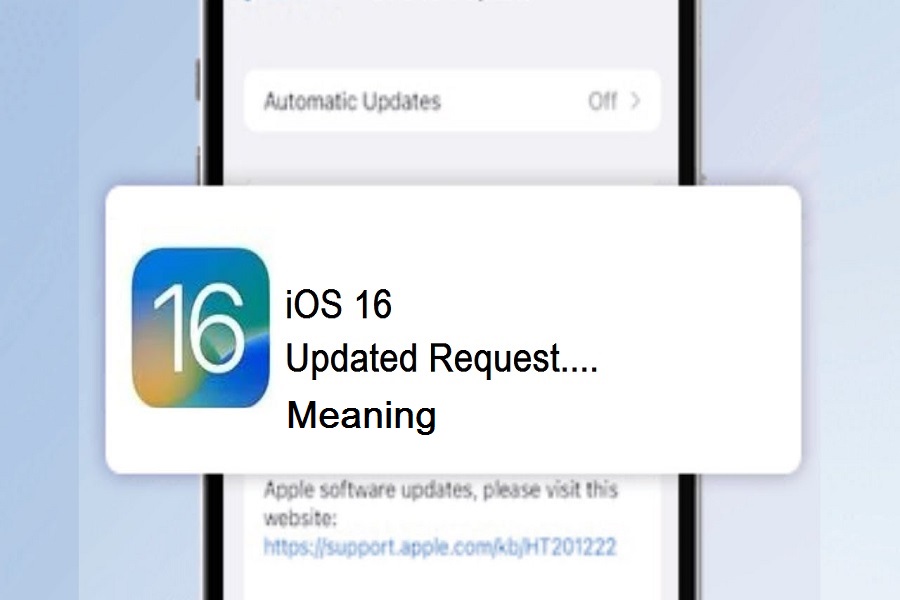 Whenever Apple releases a new iOS update for iPhone, and the user tries to download and install the new update, it shows Update Requested iOS on the screen, which means that new update is downloading.

What is Update Requested iOS 16 Meaning?

Once you start seeing the Update Requested iOS 16 note on the screen, it will take some time to download and install the new iOS 16 on iPhone. You need to give it time to complete the process as iOS 16 takes around 30 to 35 minutes.

How to Fix Update Requested iOS 16

However, Update Requested for iOS 16 is not an error. That is the normal message that shows up on the screen as it indicate that iOS 16 download and installation process is going on. So without worrying about it, take a cup of coffee, wait to complete the process, and completely install iOS 16 on your iPhone.

Suppose you see Update Requested iOS 16 for the long time. In that case, we suggest the user delete the ongoing iOS 16 download process, restart the device and then again go to Settings > General > Software Update > tap on the Install button to start the process again.

Was this article helpful? Now you know the meaning of update requested iOS 16 messages. If you need more help, feel free to ask in the comment section.