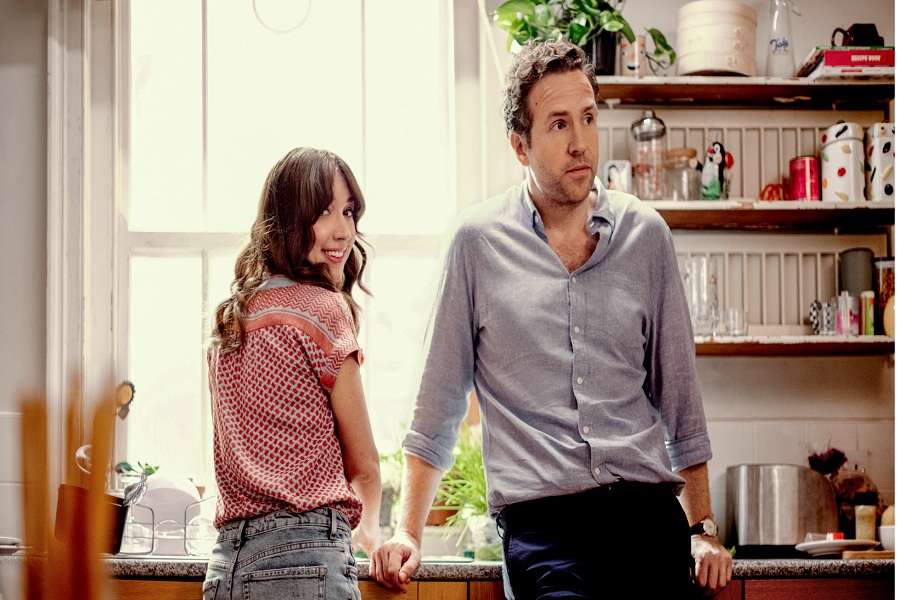 It seems like Apple is working hard to make its streaming channel worthy and better compare to other streaming giants by adding more original shows. Recently, Apple has announced that they are releasing several new shows for all Apple TV+ fan.

The tech giant just revealed some upcoming Apple TV Plus tv shows with the release dates. As the Earth Day is coming, the company is including “Veep” and “Seinfeld” star Julia Louis-Dreyfus, as well as Meryl Streep, about the Earth day which will release on April 17.  Apple is celebrating Earth Day with the movie titled “Here We Are: Notes for Living on Planet Earth,” which will start the voice of “Room” actor Jacob Tremblay for the boy, Chris O’Dowd and Ruth Negga as parents. Also, Streep will narrate the movie.

The most awaited sci-fi anthology series that we are waiting for is executive produced by Steven Spielberg, “Amazing Stories.” This new Apple TV+ show will be a remake of the original 1980s show with the same name. Every episode will have different stories like the Black Mirror and diverse cast as well as filmmakers. Apple says that “transport the audience to worlds of wonder through the lens of today’s most imaginative filmmakers, directors, and writers.” So we can’t wait to see the series on Friday, March 6.

Apple is also working on its upcoming thriller name, “Defending Jacob,” based on the 2012 NYT bestseller of the same name, which will release Friday, April 24. It will start Chris Evans, Michelle Dockery, Jaeden Martell, Cherry Jones, Pablo Schreiber, Betty Gabriel, and Sakina Jaffrey, and tells of a shocking crime that rocks a small Massachusetts town which will follow a district attorney who is torn between his love for his son and his duty to uphold justice.

Apple is also releasing one musical comedy show name “Central Park” from the makers of “Bob’s Burgers” creator Loren Bouchard. Central Park is an animated show that will show the family living in Central Park, Tillermans. It includes a voice cast with the talents of Josh Gad, Leslie Odom Jr., Kristen Bell, Kathryn Hahn, Tituss Burgess, Daveed Diggs, and Stanley Tucci. It will release on Apple TV+ this summer.

The real-life kid reporter based dramatic mystery named “Home Before Dark” is also releasing on Friday, April 3. The show is about the young girl Hilde Lysiak who moves from Brooklyn to the small lakeside town and tries to solve the cold case that everyone else buried, including her dad. The story came to the limelight when an 11-year-old girl from the Orange Street News exposes the murderer in her hometown of Selinsgrove, Pa. The show also stars Brooklynn Prince, Jim Sturgess, Abby Miller, Kylie Rogers, Adrian Hough, and more.

There is one docuseries also coming called “Home” which will give you the quick look of the world’s most innovative homes around the world. Apple says that every episode “unveils the boundary-pushing imagination of the visionaries who dared to dream and build them.” The home will premiere on Friday, April 17. One more docuseries that Apple is bringing us called “Dear” that will have some popular face Oprah Winfrey, Gloria Steinem, Spike Lee, Lin-Manuel Miranda, Yara Shahidi, Stevie Wonder, Aly Raisman, Misty Copeland, Big Bird, and more. It will release on Friday, June 5.

Apple is also bringing one family love drama “Trying” which will show us the story of a couple. The show is about growing up, settling down, and finding someone to love. It will star Rafe Spall and Esther Smith as Jason and Nikki, a couple is trying to have a baby but can’t have. It will premiere on Friday, May 1.

Well, Apple has already announced the live-action comedy series “Mythic Quest: Raven’s Banquet,” coming on February 7, and it has also been renewed for the second season before the release of season 1. The show is created by Rob McElhenney, Charlie Day, and Megan Ganz. It will star McElhenney as the fictional company’s creative director, Ian Grimm.

Still, no detail about the Foundation, Calls, and Swagger revealed yet. People have really high hopes from Apple as the tech giant focusing on offering its original TV shows. It’s still only a couple of months of Apple TV+ release and the “The Morning Show,” star Jennifer Aniston snagged a SAG Award for best female actor in a drama. Well, we are excited about the upcoming Apple TV Plus shows and movies.