Home » How To Fix Unable to verify update iOS 15/iOS 15.1 No Longer Connected To The Internet 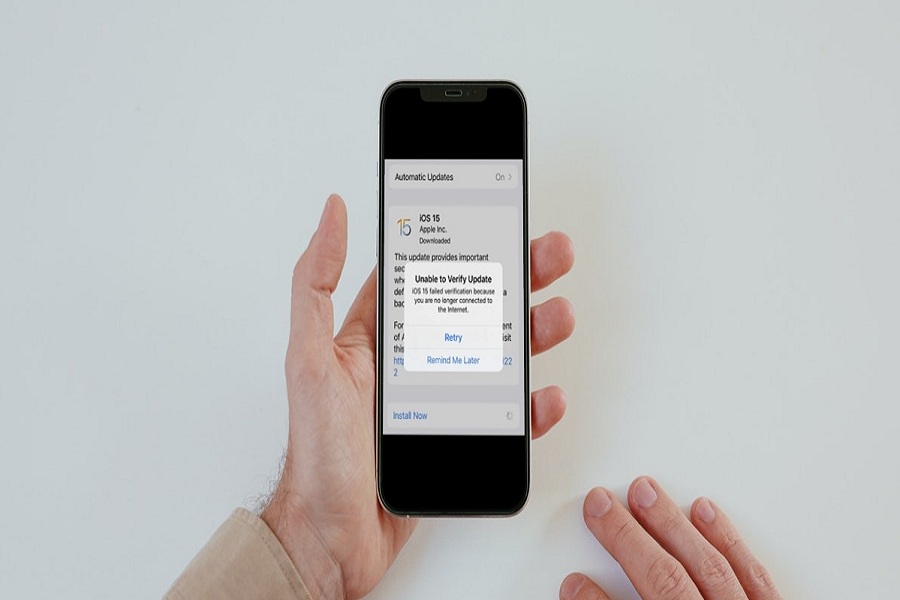 Since dozens of iPhone users reported the issue, we decided to give every possible workaround to fix the unable to verify update ios 15.1 no longer connected to the internet issue. Without wasting much time, let’s check out the solutions.

According to the many users on Reddit, switching to the new wifi network to update the new iOS 15 helped to fix the issue. Suppose you are unable to verify update ios 15 no longer connected to the internet issue while downloading the new update. In that case, you need to know that your iPhone must be connected to a stable and fast internet connection. Hence, it would be our first tip to connect to another network and see if it’s fixed.

Many minor problems can be fixed with force stopping the current action and again trying it. Hence, we suggest you force close by swiping up from the bottom in iPhone X and later device or double tap on Home Button on old iPhone then iPhone X and then close all running tabs. After that, go to Settings > General > Software Update.

The small upgrade does not need much space on the device, but if you download the major iOS 15 or iOS 15.1 update, it needs more storage since the update comes with 2 to 3 GB of size. So when you see the unable to verify update ios 15 issue, you should also check out available storage under Settings > General > iPhone Storage.

After trying all the above solutions, if you are still struggling with the same inability to verify update iOS 15 no longer connected to the internet issue, our last solution is to restart or reboot your iPhone. After restarting the device, again go to the Settings > General > Software Update to download and install the new update.

These were the six working solutions that helped many users to get over unable to verify update ios 15 no longer connected to the internet problem. Which method worked for you? Do you know any other workaround? Please drop in the comment box.