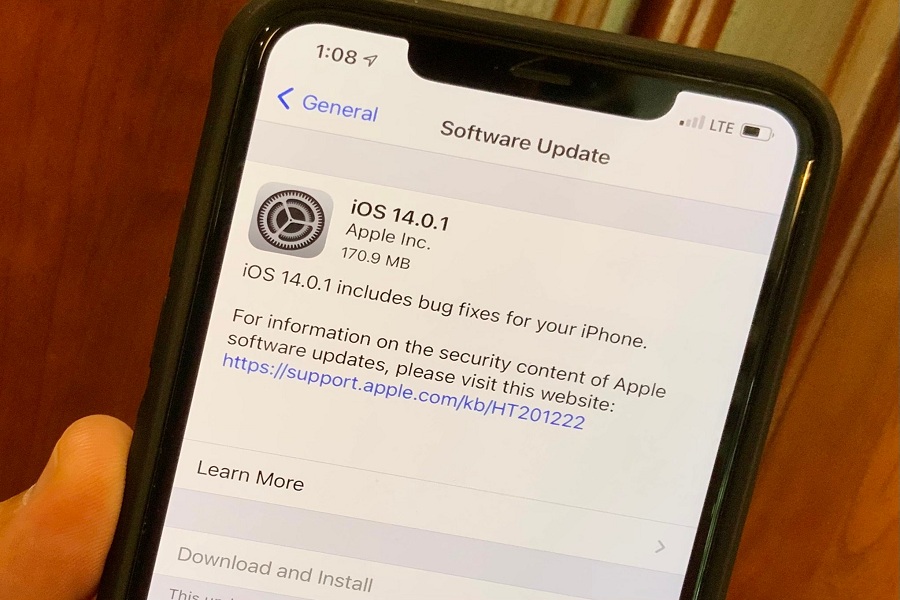 After the release of iOS 14 on September 16, Apple landed another upgrade, iOS 14.0.1 to fix some bugs and glitches on iOS 14. While Apple planned to fix the bugs with iOS 14.0.1, it raised problems as people unable to upgrade iOS 14.0.1 update.

Luckily, not every user is getting this problem. Only a limited number of users are getting iOS 14.0.1 upgrade issues while installing the new eco-system of Apple. The new iOS 14.0.1 update dropped to fix default browser and mail settings and other bugs on iOS 14.

If you cannot upgrade iOS 14.0.1 on your iPhone, then we are here helping you fix the issue and install the latest iOS 14.0.1 without any error.

Here we will show you a couple of solutions that worked for other users, and we hope it will work for you as well.

We know that Apple’s latest iOS 14 update not compatible with every iPhone. The company dropped support on older devices. Only newer devices than iPhone 6 and 6 Plus will be able to get the new iOS update. If you are still unsure about it, make sure that your device is under the list of compatible iOS 14 devices.

While installing any new iOS update, most users face problems due to the bad internet connectivity issue. So if your wireless internet connection is not stable, then you will get the problem in installation. Our suggestion is to try to connect with other networks and update your device.

Another reason for getting this problem would be storage issue. Because of limited space on the iPhone, you won’t be able to update iOS 14.0.1. The download size of iOS 14.0.1 is only 170 MB, but still most iPhone users get problems in installation due to the storage problem. So make sure that your device has enough space to install new update.

Some users also get the problem with new iOS installation because of the current OS conflict with the new OS. Therefore, if you are getting a problem while installing iOS 14.0.1, we suggest you stop and delete the downloaded update and then again try to update it. You won’t get any problem.

Once the iOS 14.0.1 update is downloaded and proceed for the installation, your device will also restart, and it will take time to complete the process. For some time, it will also show you only Apple Logo with a small line. At the time, you will have to wait for some time to get it done. So if you see an Apple logo while installing iOS 14.0.1, it won’t be the problem. It’s a standard procedure for Apple, and it will take time to get it done.

These were some of the major solutions which worked for other iOS users. I hope you followed them carefully and fixed the issue. If you see any other issue on iOS 14, you can share it with us in the comment section.

Exclusive Images of iPhone 12 In Black, Blue, Green, Red, and White
Can I Remove App/Widget Name Or Label from iOS 14 Home Screen?
Comment