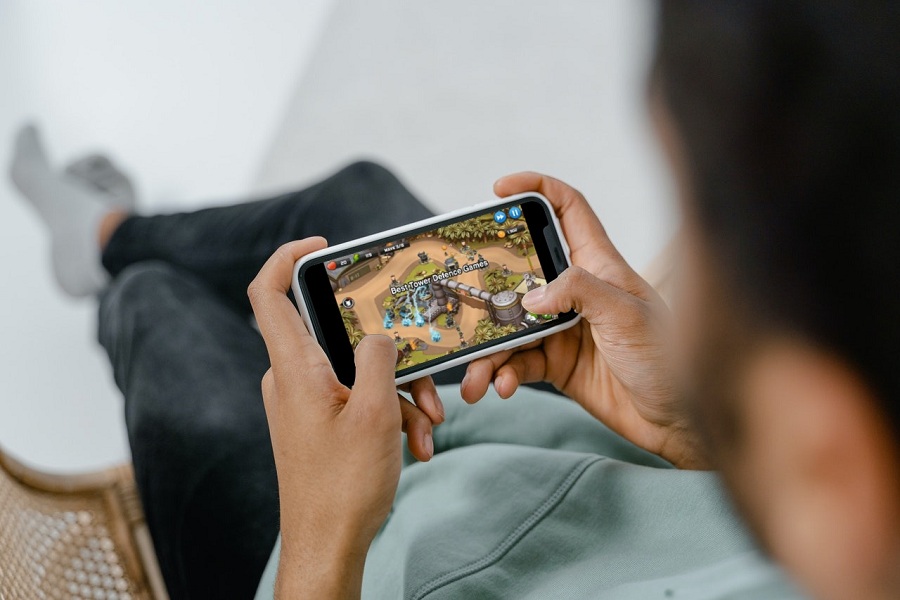 Tired of playing the same old boring games and hunting for something new tower defence games for iOS? Below are mentioned the list of the best 10 tower defense games iOS that you can add to your gaming collection. All of these options are pretty amazing and will surely add a thrilling experience to your mundane life.

So, are you ready to scroll the list? Keep on reading to find the complete details here. Pick any of the games and start enjoying gaming like a pro.

What are Tower Defense Games?

Before jumping into the list, let’s first understand what these tower defense games are. The major objective of tower defense games is to safeguard a territory from opposing attackers or other players. The genre’s essential tactic is the strategic selection and placement of defensive pieces.

Due to its real-time origins, tower defense gets considered a subgenre of real-time strategy video games, even though many modern tower defense games feature aspects of turn-based strategy.

The game is commonly played by using defensive structures on or along the course of the assault to defend the area you own. That usually entails erecting constructions that automatically block, obstruct, attack, or destroy foes.

A List to the 10 Best Tower Defense Games For iOS

Here, we have pulled together the 10 best tower defense games for iOS. Scroll down the page to the bottom and pick whatever option you feel like.

With more than 50 enemy kinds ranging from goblins to demons, and complex boss encounters, the game will keep you entertained for hours. Battles take place on richly rendered terrain types, such as forests and mountains, and you’ll need to recruit a wide variety of troops and summon reinforcements when you’re hard-pressed.

An in-game dictionary will help you keep track of all of your information about your opponents and the capabilities of your towers, allowing you to make the most efficient use of your resources. To be ready for an attacker, you’ll need to figure out the appropriate upgrades and specialties for your towers.

The game is all about defending the hamlet with troops, barbarians, wizards. The battle is held within their clan, and players have to make alliances with millions of people from across the game. It’s simple to log in and out of your account, and there’s also the option to collaborate with pals.

Success necessitates some planning, whether it’s the use of spells, armies, or heroes and the gathering (or theft) of resources for village enhancements. Another unique feature of Clash of Titans is the ability to create your spells and even a siege machine.

Continue to play to unlock characters such as the barbarian king, grand warden, and combat machine, among others.

Are you not interested in World War II or imaginative worlds? Try Plants vs. Zombies 2 in that case and pamper your adrenaline senses. In the game, players build a plant-food-fueled plant army to defend against hordes of zombies, making it one of the most famous tower defense games in history.

It’s free to play, but you’ll need money to buy things and get past specific points in the game. The advertisements in the updated version are a little more invasive than before.

All of your favorite plants and enemies, such as Lava Guava, Zombie Chickens, and Jetpack Zombie, make an appearance. Aside from that, there are some fantastic new worlds to protect and explore in this release.

Clash Royale is an ideal game for you if strategy and deck building are your favorite parts of a tower defense game. In this game, players fight in the arena with their deck of cards, troops, spells, and defenses.  The game mainly blends components of tower defense with collectible card games.

The objective is to defeat the king and rescue the princess from her castle. New Tower Skins and a multiplayer online fighting arena can be added to Clash Royale. A new season pass is also available. It’s part of the game to share cards with your clan to get even better rewards. Overall, it’s a fantastic game with excellent design and attention to detail.

Toy Defense 2 is a fun, free-to-play follow-up to the original game. Those who tried the game admire how it is inspired by true-to-history campaigns, each with its roads to explore.

The graphics are improved in this latest version, and there are many new elements to discover as players reenact some of World War II’s most famous battles, such as Iwo Jima and Operation Overlord.

There are 200 missions to accomplish, including vehicles from both the Axis and the Allies to struggle with it. There are PVP battles, tournaments, and a brand-new ranking system to evaluate how you stack up against other players for an added challenge.

Players fight goblins, ogres, and warlords, among other foes, erecting structures and launching projectiles to fend against the onslaught. Dark elves and assassins are among the enemies, with infantry serving as barracks from which foot soldiers get dispatched to assist in the defense.

Heroes are free to walk around and choose from special moves with which to battle. Castle Creeps also allows players to gain elixir, build towers, or just upgrade the ones they currently have with the help of currencies and other in-game resources. The game becomes increasingly challenging as you progress through the levels.

There are also 11 distinct heroes to choose from, each with 20 different upgrades to gain greater power. As a result, the package has a lot of strategies. You’ll want to get to know each hero’s strengths to build options that make their power synergies.

The players can attempt some of the additional game modes for an extra challenge, such as limiting the units to increase their opponents’ health.

There are riddles to complete, time trials to compete in, and several penalties to keep you busy and make things interesting in the new edition of Fieldrunners. While players construct trenches, bridges, and tunnels, they can also utilize airstrikes, explosives, and other inventive weaponry to attack the enemy. To win the game, you’ll need a lot of strategies, and there are plenty of puzzles and mazes to keep things fresh.

The game gets immense appreciation from fans, but it is not for the casual player since it requires a significant dedication to play flawlessly and win. Aside from that, the gameplay is seamless and comes with a helpful tutorial that guides you through the basics without giving too much away.

This game is all about protecting your home against crocodiles, aliens, insane zombies, and other threats. To keep the swamp safe, devise strategies and utilize your weapons to shoot them all down.

Across eight episodes, there are around 300 single-player levels and 40 multiplayer levels. Challenge mode allows you to put your talents to the test by deploying 30 powerful weapons such as shotguns and super atom bombs.

Your shooting will remain enjoyable because each level gets created with several twists and turns. Overall, Swamp Attack is one of the top Android and iOS tower defense games.

The premise of this game is that you and the evil invaders have developed a profound conflict. Now it’s up to you to fight for your freedom and liberty. Create a defense force that includes snipers, gunners, rockets, ice towers, and other incredible weapons.

Steampunk Defense is a fantastic tower defense game that you will enjoy playing on your iOS smartphone. There are three islands to discover, as well as 24 levels and six different guns. Come up with a plan to lead your steampunk iron army to victory. Both the characters and the artwork will appeal to you.