Home » Syncthing on iOS: Can I use? 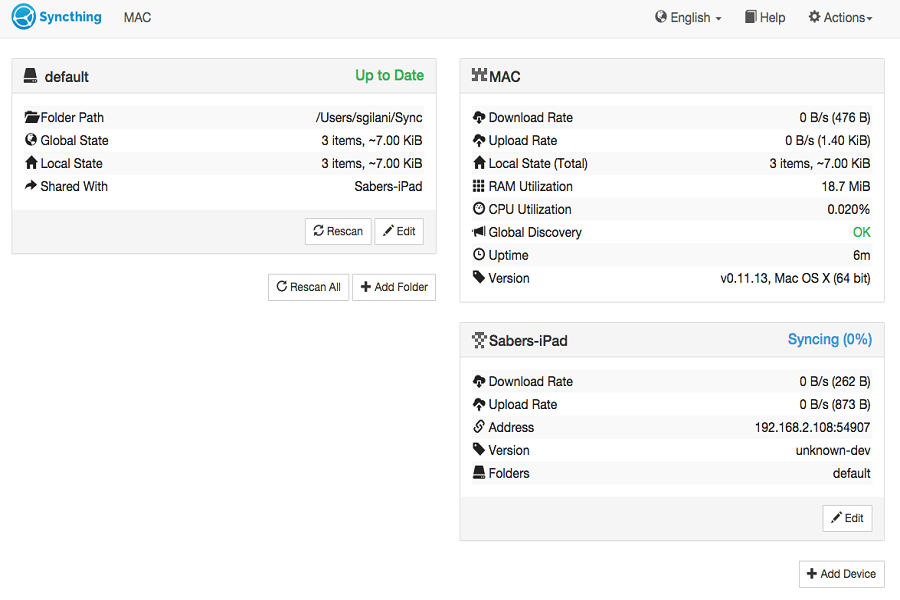 Getting a backup is important for every device that you are using to store data. You never know when it might come in handy. When it comes to getting a backup and syncing your data to another device, what better option than Syncthing?  Syncthing was released back in 2013, a self hosting server for syncing files, media, and other data between devices. But the big question that pops here is that can syncthing work with iOS? Can we use syncthing with iOS? Well, I am here to answer all the questions. In this article, I will be shedding light on the topic of syncthing on iOS and whether it is possible to use syncthing on iOS.

Can I use syncthing on iOS?

Syncthing is a free open source file syncing solution for mac, windows, Linux, and android. Sadly, syncthing is not for iOS. Syncthing’s initial version does not support iOS or iPadOS devices. There are currently no plans to create a version of Syncthing for these systems, according to the developers. However, because Syncthing is open source, there are multiple branches under progress that include iOS device functionality.It might be very frustrating that there is no syncthing on iOS, but you can always find third party applications for it.

Is there any other way to use syncthing on iOS?

I think the simplest way to get iOS and the syncthing working together is to use iCloud as a kind of like bridge. You set up the syncthing to sync your iCloud drive. You can always rely on third party applications as well. An alternate option for syncthing that you can find on App Store is called Mobius sync.Other providers, such as Nextcloud, can selfhost a filesharing service if you want official iOS compatibility.

What are the uses of Syncthing?

It may be used to share data with many users or various devices owned by the same user through the Internet or a LAN (local area network). When a folder is shared on Syncthing, all files produced, deleted, relocated, or changed are done in realtime on all linked devices.

How does syncthing work?

Syncthing uses peertopeer sync. This implies that your devices communicate files directly with one another, rather than using a centralized server like Dropbox or iCloud, where each device transmits data to the central server, which then distributes it to the rest of the devices. The advantage of peertopeer is that you are not dependent on a central service, server, or provider.

Yes! Syncthing is absolutely free. You don’t need to pay any price to get this software and to use it. and since it is free and open source, you are in complete control over your sync network.

Bitwarden iOS: How to Use it?
How To Have a Different Lock Screen and Wallpaper iOS 16?
Comment