Home » Silly Wishes Genshin On iOS: How to download and use? 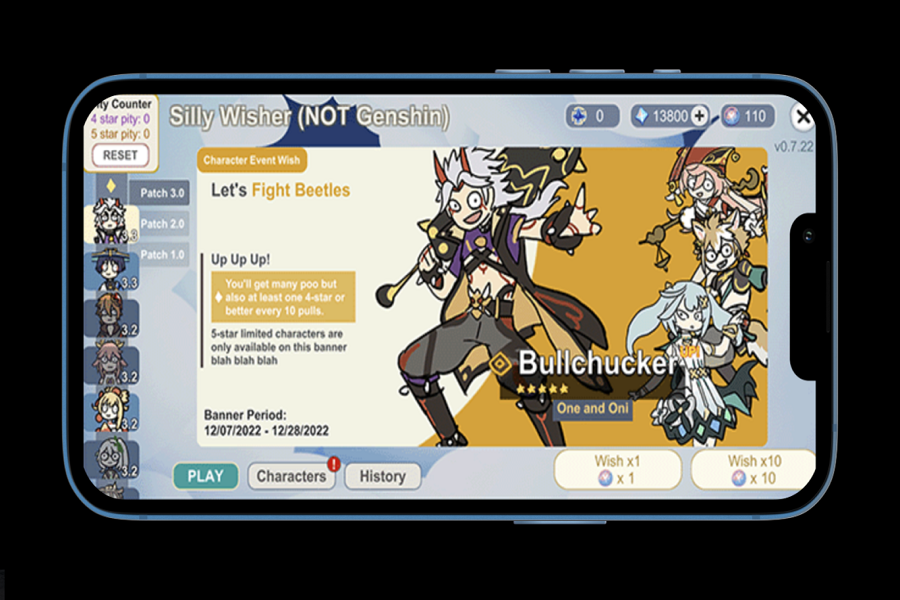 Many geeks need to be made aware of Silly Wishes. So let me tell you that Silly Wishes is a Genshin wish simulator. It is available for Android, iPhone and iPad. However, iPhone users need help downloading and using Silly Wishes Genshin on iOS.

With the help of the below link, you can directly tap and redirect to the official App Store link and hit the Install button to start the download process.

The silly Wishes Genshin iOS app is specially designed to create new characters and meme art from Genshin. This is only for the creators. It is not linked with Genshin Impact or any affiliate program.

Once you jump into the app, you can mix up to four characters and generate the new one. The app also has the Card Generator based on Enka.Network. Users can save cursed characters to further splice. The app makes also planning to add weapon banners in a future update.

Once you have installed Silly Wishes Genshin on your iOS devices and started building the best characters, feel free to share your feedback in the comment box. If you need more help, you can also ask in the commenting section.

When is iOS 17 coming out?
How To Use Apple Music Sing Karaoke?
Comment