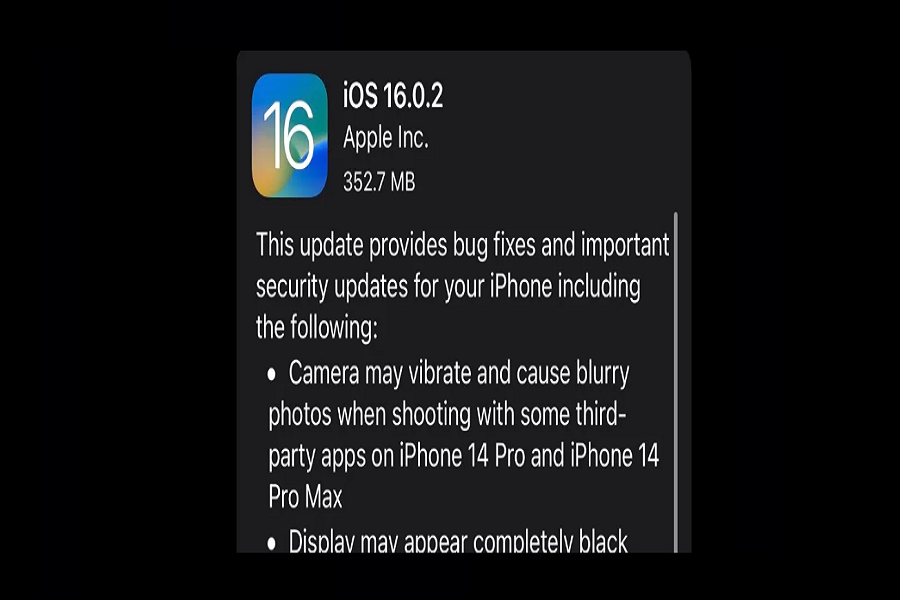 Users finally got their hands on the new iOS 16 for their iPhone device.If you possess an iPhone 8, iPhone 8 Plus, iPhone X, iPhone XS, iPhone XS Max, iPhone XR, iPhone 11, iPhone 11 Pro, iPhone 11 Pro Max, iPhone SE 2, iPhone SE 3, iPhone 12 small, iPhone 12, iPhone 12 Pro, iPhone 12 Pro Max, or iPhone 13 series model, you may download iOS 16.0.2. Many users are still confused about whether they should install iOS 16.0.2 or not, as there are fixes with this update but it also comes with another set of issues and bugs. In today’s article, we are going to show you both sides of the iOS 16.0.2 update and we will leave it for you to decide whether you should install this update or not.

Some of the pros that you should know while upgrading to iOS 16.0.2:

Many issues and bugs were causing the iPhone device to not work properly. To try and solve the issues, Apple did not waste time releasing the iOS 16.0.2 update to bring some good changes to this software update.

When shooting with some third-party applications on the iPhone 14 Pro and iPhone 14 Pro Max, the camera may vibrate, resulting in unclear photographs. It is said that these camera bugs will be solved with the iOS 16.0.2 update. This update resolves an issue in which the display appeared entirely black during device setup.Fixes an issue were copying and pasting across applications may result in more permission prompts than planned.This update resolves an issue in which Voice Over may become inaccessible after a reboot.After being serviced, certain iPhone X, iPhone XR, and iPhone 11 screens were unresponsive to touch input.

Some of the cons that you should know before upgrading to iOS 16.0.2:

Unfortunately, the iOS 16.0.2 update is showing several bugs and issues than expected. Oversensitive brightness levels, visual latency when utilizing the Apple HDMI Lightning connector, login troubles, and significant touch response issues — especially for individuals who did not previously experience them — are among them. Upgraders are also noting that the update does not address the camera shaking fault that it was designed to address. It’s ironic because the update is supposed to address this problem.

Even though the iOS 16.0.2 release notes mention that the update contains critical security improvements, Apple’s official security website states that the release contains no patches. This is the first time we have heard of iOS release notes being deceptive.

If you take our advice then we would suggest if you are having issues more than you thought that you can go for the iOS 16.0.2 update, but if you are feeling skeptical about it then wait for a few days to see if the bugs and issues are solved by Apple or not.