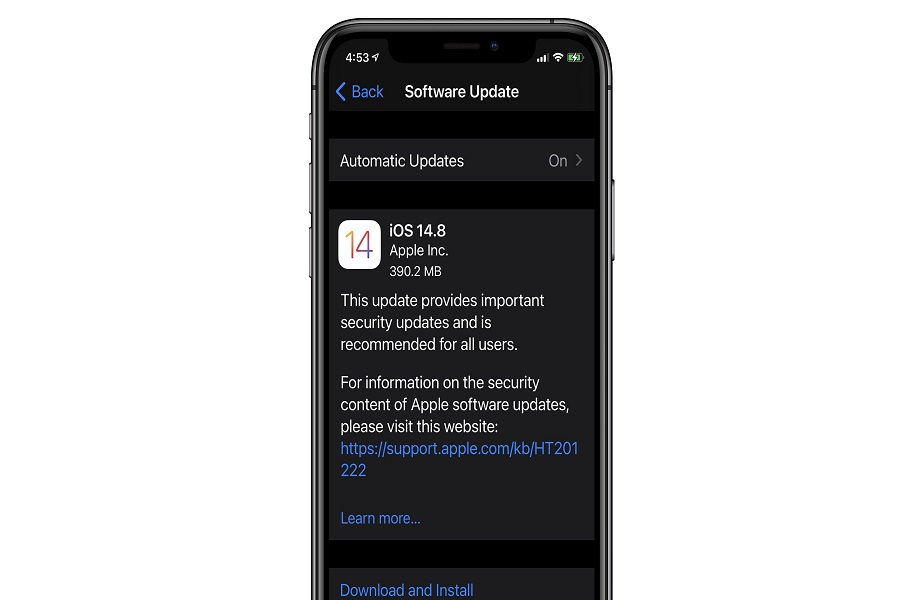 The day before the final release of the iOS 15 update, Apple surprised everyone with the release of the new iOS 14.8 update. As the latest iOS update for iPhone, users are confused and asking ‘should I update to iOS 14.8 or wait for iOS 15.

The biggest question is why Apple released iOS 14.8 just a day before iOS 15. So Apple is concerned about two vulnerabilities that adversaries are already using to attack people’s iPhones. Hence, the new iOS 14.8 update is primarily released to upgrade these vulnerabilities.

Yes, you should update your iPhone to iOS 14.8 update.  Attackers have exploited both vulnerabilities, so the company recommends you install iOS 14.8 now. So if you don’t want to go with iOS 15 for any reason, you can install iOS 14.8 to keep your device safe.

Earlier, Citizen Lab, the ethical hackers, reported a vulnerability in CoreGraphics PDF, which was zero clicks exploit. So the new iOS 14.8 is associated with the Pegasus spyware to fix it. The zero-click attack is a massive problem as it doesn’t need to pink users to download malware on iPhone.

Have you installed iOS 14.8 or waiting for iOS 15? Please share your feedback with us in the comment box.

TagsShould I Update to iOS 14.8