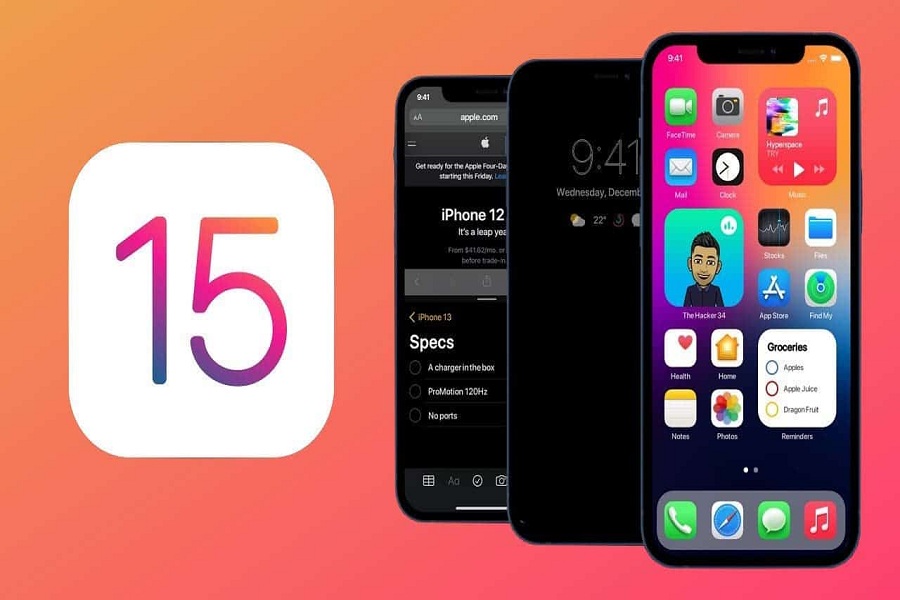 The latest iOS by Apple is expected to debut later this year. But months before its release, speculations are on rise about the new version of Apple’s OS that is the iOS 15.

Since new versions of iOS are mostly launched in September accompanied by  new iPhone launches, we can expect the same routine to follow this year also. However,the dates are yet  to be announced and reports are to be believed then mid-september is the most expected  time for the release of both iPhone 13 and iOS 15. The company’s new versions are generally unveiled at Worldwide Developers Conference (WWDC) in June so expect to see iOS 15 and a developer beta of the same at WWDC 2021, which Apple has now confirmed will run from June 7-11. Public beta for iOS 15 is most likely to arrive later in the month. So if you want early access and don’t mind bugs, you can try the new iOS 15 beta version for yourself by late July.

Some of the previous leaks on the new iOS 15 suggest it will only be available for the iPhone 7 and later. This would mean that of the devices that can get iOS 14, the iPhone 6S, iPhone 6S Plus and original iPhone SE will miss out on the new software. Although the source( The Verifier) of this information has a mixed track record, it’s a very likely scenario as Apple usually drops the oldest generation with each new software update. While some will be upset about this, it is in keeping with Apple’s normal update schedule to develop the softwares only for the new iPhones.

Keeping up with the Apple tradition we are very confident that the new Apple OS will be called iOS 15. References for the name of the next versions of iOS and macOS were reported from recently spotted WebKit code which gives us the best sign that they’ll be called iOS 15 and macOS 12 respectively. The code does not give much hints about the upcoming version of iOS, but at least it certainly looks like it is going to follow previous OS generations with an expected numeric title.

As per recent leaks, a tipster from twitter McGuire Wood with his handle name @jioriku, the iOS 15 will come with a new Control Center design featuring support for drag and drop customization as well as more compact aesthetic, inspired by macOS Big Sur. Woods also pointed out that this new change in Control Center will probably get introduced later in the beta program, if it is even released before the final version.

Recent reports also suggest that the iPhones and iPads will also support multi factor biometric authentication via Face ID and Touch ID. This feature can help users access information in multiple ways. The face ID feature can also be expected on iMac from this year.

Of course none of this leaks and reports has been confirmed by the tech giant yet, so even if you think some of the features are obvious, don’t get your hopes high yet.