Home » How to remove iOS 16 beta without computer 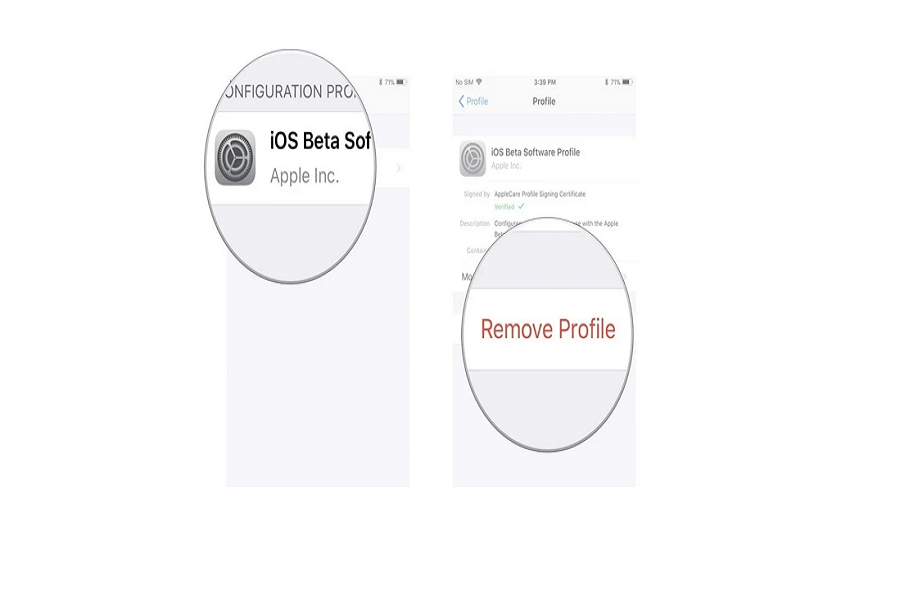 iOS 16 is considered one of the biggest updates and it is obvious that users will get curious and want this update at its earliest. This is where the beta version comes in. Before the official release if iOS version, Apple tends to release a series of beta test version to the users. The purpose is to test the iOS update and see for any bugs and glitches, and to improve to a more superior version. Users all around the world tends to download the beta version, but it comes with its own cons rather than the pros of getting the features at earliest.

After downloading the beta version many users might consider to downgrade iPhone to the previous version, or just get rid of the beta version of iOS. There could be many reasons to remove iOS 16 beta version from your iPhone, it could drain your battery life, or performance degrades and many other. If you are planning to install beta version or have already installed it, then there are few things to keep in mind regarding this. First, it is an unfinished software update with many software bugs and will cause battery drainage problems. Developers’ beta will cost you $99 per year, whereas public beta is free of cost.

What happens if you remove beta version?

How to remove iOS 16 beta version without computer:

HOW TO REMOVE IOS 16 PUBLIC BETA

If you are looking for developer’s beta and want to know how to download and install it on your iPhone then click on the link given below.

HOW TO INSTALL DEVELOPERS’ BETA.