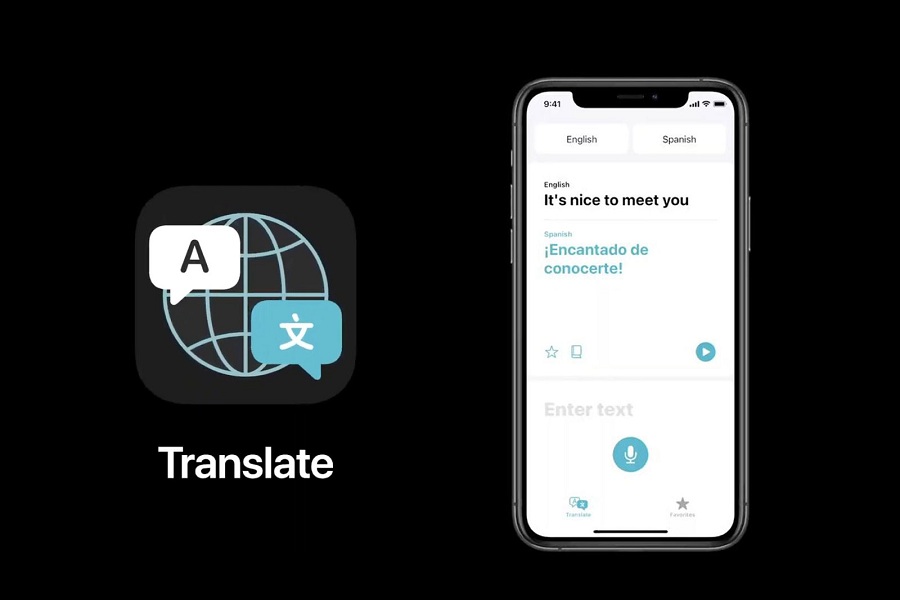 As we earlier talked about Apple is planning to add the new Translate feature on iOS 14 to quickly convergent build-in language to any of your other favourite language. The great this is the rumours come true as Apple announced the iOS 14 at the WWDC Keynote with the new Translate app and lot more impressive features.

Since this is the new translate feature on the iOS ecosystem, everyone is not aware of how to use a new Translate app in iOS 14. Hence we have come to help you how to convent language in with translate in iOS 14. The great thing about this feature that you can also save some translates as a favourite so that you can quickly see it later as well. So if you have installed iOS 14 beta on your device then let’s check out how to use this translate app in iOS on iPhone and iPad.

There are total of 11 languages which are currently support the translation. So let’s check them before the guide:

First of all, you will have to allow the Translate app to use your cellular data. So just go to the Settings → Translate and Toggle ON Cellular Data. Also, you can activate On-Device mode to work it in the offline mode.

Furthermore, there is also Conversation mode in the Translate app which you can use to flip your device horizontally and see translations side by side as each person speaks. This feature is excellent for travellers who travel a lot want to learn multiple languages on the go.

Well, we tried to explain how you can use the new Translate App in iOS 14 device. Hope you understood it and now have the perfect idea about the new Translate app. While using this new feature on your device if you come across any other surprise then feel free to share it with us in the comment section. Other than this feature if you want to know some tips in iOS 14, then don’t be shy to ask us in the comment section.