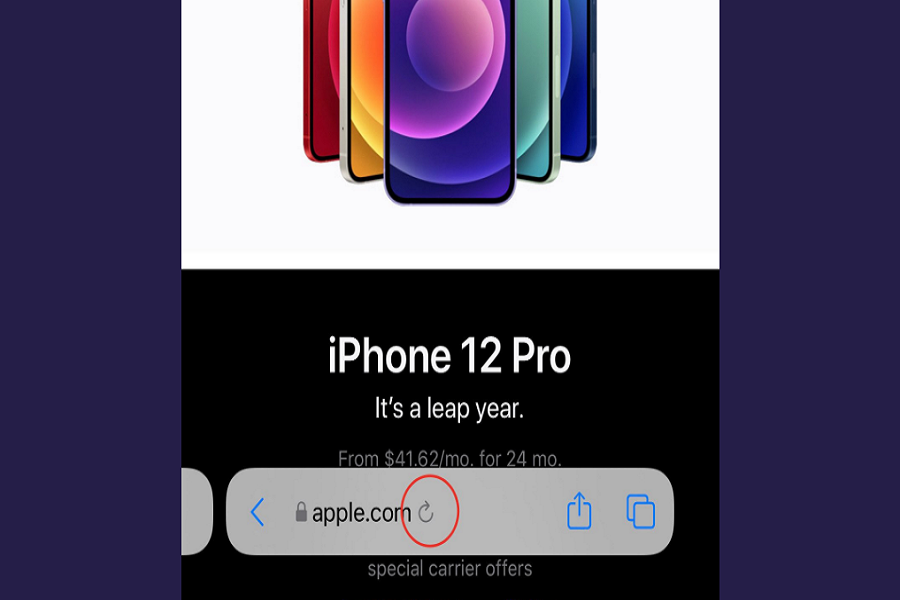 It has been two months since Apple released IOS 15. They fully redesigned the Safari app. Many functions they moved and added more options make it handy compared to the older version. There has a lot been changed in Safari during the beta testing, and now people are annoyed with the new Safari Reload button on the new iOS 15 beta 4.

In the new iOS 15 beta 4, one noticeable feature everyone is talking about is the new “Reload” button at the Tab bar text to the URL. While people users found this option handy, many users already got annoyed with this Reload button.

According to some iOS 15 beta 4 users, when they try to change the address, they accidentally click on the Reload button instead of the URL.

Many users believe that the pull-to-reload is the best way to reload the Safari. And some says that shifting the Reload button toward the right a bit would be fair to use the button without any problem.

Have you tested Safari on IOS 15 beta 4? Do you also find it bothersome? Would you please share your feedback with us? Also, which other hidden features you have found while testing iOS 15 beta 4? Do not forget to share with us in the comment box.

What’s wrong with Snapchat? It is crashing on iPhone And Android
What’s New and Changes In iOS 15 Beta 4?
Comment