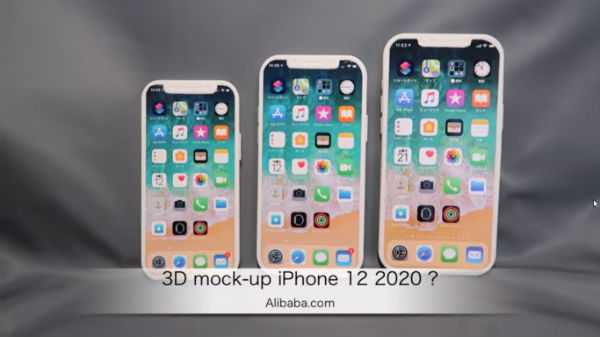 People have been talking a lot about the upcoming 2021 iPhones. We have seen many leaked images and rumours about iPhone 12 models. Recently, the new leak confirmed three iPhone 12 models this year with the complete design.

The new video posted by the Japanese news blog Mac Otakara revealed the futuristic design of the iPhone 12, iPhone 12 Pro, and iPhone 12 Pro Max with the new look. According to the click, the 3D print mock model of iPhones 2021 showcases the design of the device similar to the iPhone 11 screen. The device has flat metal edges instead of rounded ones like current iPhones.

The analyst Ming-Chi Kuo previously said that the iPhone 12 would have four models, which include a 5.4-inch version, two 6.1-inch models, and one iPhone 12 Pro Max with a 6.7-inch display. But now the recent video by MacOtakara claims that there will be total three iPhone 12 models this year with different size, the smallest size of the device would be 5.4-inch display, one with a 5.9-inch screen, and the third one with the most massive 6.4-inch

Well, we also heard that Apple might have two events this year. One event in the first quarter of 2021 to launch either iPhone SE 2 or iPhone 9 and another in September for iPhone 12.  The iPhone 9 or iPhone SE 2 with Touch ID with the aim to target Indian customers, which is now dominated by the Chinese smartphone market.

What about you? In which device are you excited for- iPhone SE 2 or iPhone 12? What features you want to see in upcoming iPhones? Please do share your thoughts in the comment.