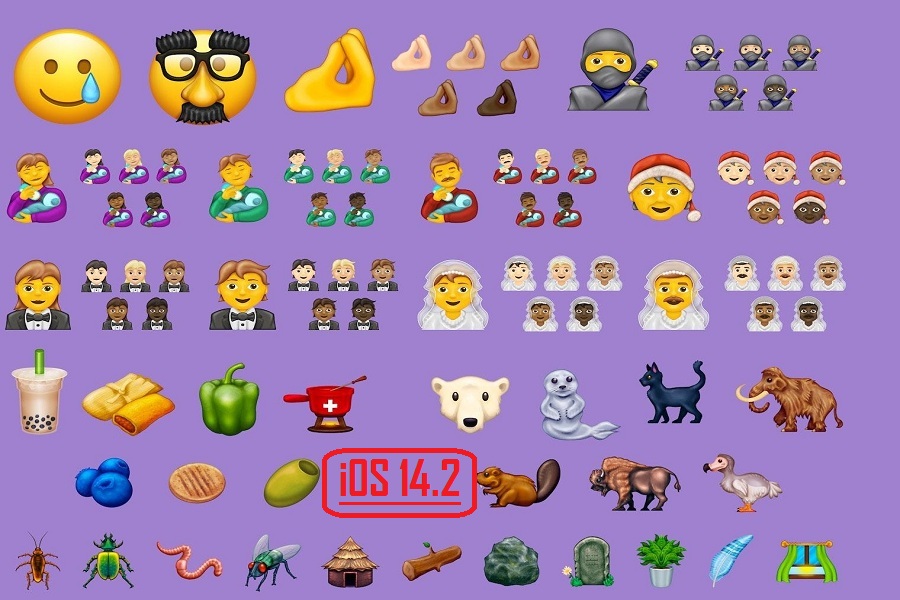 With the new iOS 14.2 beta version, Apple has added some new emojis for users. At the beginning of this year, Apple added some new 64 emojis which include animals, plants, and more. Also, they have polar bears, bubble tea, and even the trans flag.

But now with the new iOS 14.2 upgrade, there are more new emojis added to the eco-system of Apple. There is a new emoji of a man wearing a veil and a woman in Tuxedo to make it gender-neutral. There is also emojis of a man, woman, a girl feeding milk to a baby which also highlight the gender roles. There are emojis of prominent insects such as a cockroach, which is hugely well-articulated, a fly.

Let’s take a look at those upcoming emojis of iOS 14.2 updates.

These are some new emojis we will get from the upcoming iOS 14 upgrade. Which the above emoji you liked the most? Do you still miss more emojis on iOS 14? If you have anything to share, please do feel free to share with us in the comment box.

What Is Green And Orange Dots On iOS 14?
Why Can’t I Delete Apps in iOS 14 On My iPhone
Comment