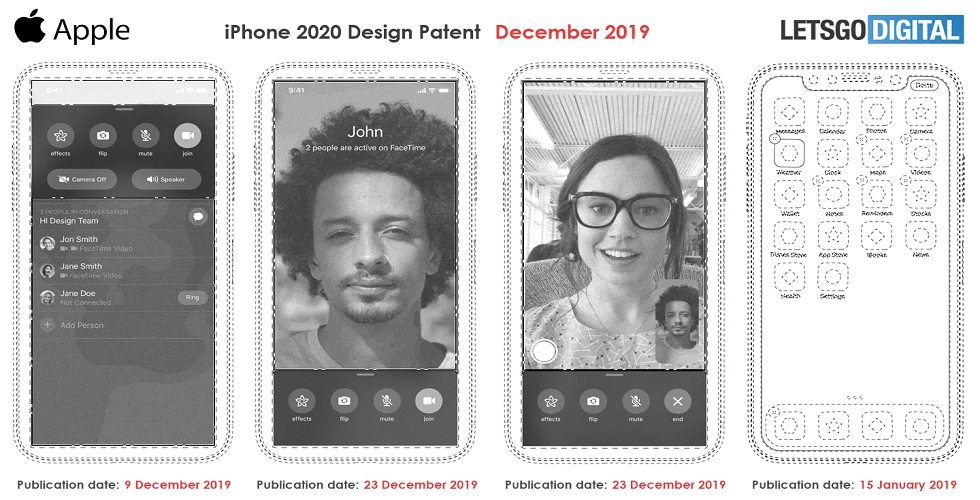 On the New Year, another rumor about the 2021 iPhones came for every Apple geek. We have heard a lot about the upcoming iPhone 12 and now the new buzz on the New Yea buzzing everywhere that the next iPhone 2021 may come with the in-display fingerprint sensor instead of its Face ID feature.

According to the LetsGoDigital, the next iPhone 12 models might omit the Face ID feature and replace it with the new in-display fingerprint sensor considering the current trend on the Android devices. I guess you would be thinking, “would the new iPhone still be cheaper as previously expected?”, then let me tell you that could add only an extra $50 to the current iPhone price. So it won’t be too pricey.

As we have seen, many devices from the Chinese smartphone makers like Vivo, Oppo, and OnePlus have introduced the pop-up content, so we can also assume that Apple may also add it to its upcoming iPhone. But for sure, there will be the notch-less display on the 2021 iPhones.

We may also see the new design on the next iPhone 12, as the company might introduce under the display camera on its device for the first time. Well, some rumors also hinted that Oppo is also working on the same design, and the company will announce its first device under the display camera soon. The Cupertino-based company has already filed a patent in Japan on 23 December 2019 about the notch function on its upcoming iPhones as the company has already shared the design with a small and thin bezel model.

According to the Apple analyst Ming-Chi Kuo, there will be three iPhone 12 models next year with the 5.4-inch iPhone, 6.1-inch iPhones, and a large display sporting 6.7-inch iPhone. Every device will have 5G support and expected to come with the OLED displays as Apple recently ordered 45 million OLED from the largest supplier BOE. Apple will also use then for the upcoming 2021iPhone. There will be different cameras in every iPhone 2021 model.

Are you excited for the new iPhone model? Do you think it’s worthy of waiting for iPhone SE 2? What more you wish to see on upcoming iPhone models? Please do share your thoughts in the comment box.