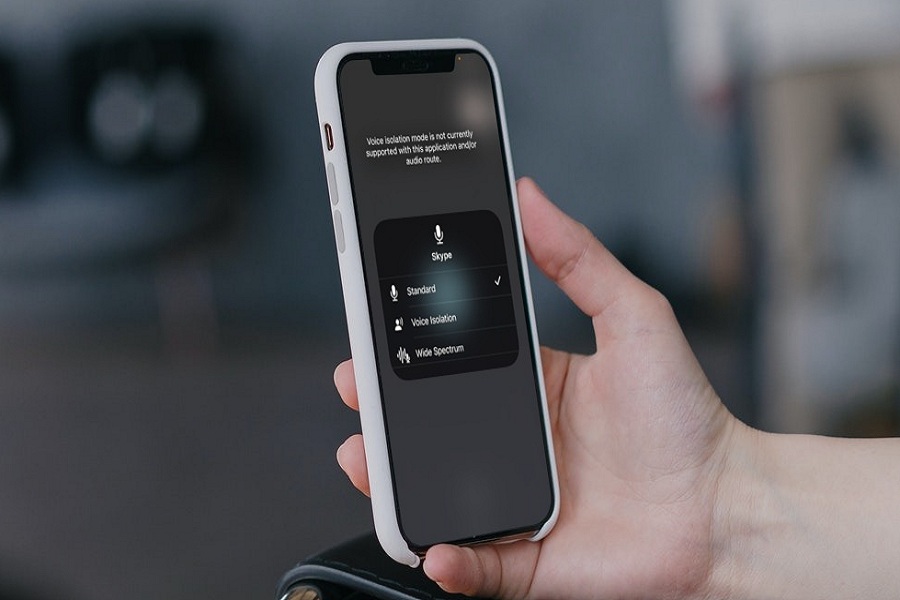 After updating the device to iOS 15 update, users noticed the new Mic Mode on iOS 15 whenever they make video or voice calls. While many users wonder what meaning of Mic Mode on iOS 15’s Control Center is, some users complain about Mic Mode iOS 15 not working or showing. Hence, we have covered this article to explain Mic Mode on iOS 15 fully.

Apple introduced the new Mic Mode feature on iOS 15 to improve the sound quality for voice and video calls. While using any app for video or voice calls, the new Mic Mode will help users to balance sound with the help of three Mic Modes- Standard, Voice Isolation and Wide Spectrum.

You will see the new Mic Mode on Control Center when you start any video or voice call. The default mode will be Standard, but there are other two modes like Voice Isolation and Wide Spectrum.

Once you have selected any Mic Mode, it will be set as Standard by default once the call ends. After that, again, you will have to go through the same steps to change Mic Mode on iOS 15 while video or voice call.

We have seen many complain about Mic Mode missing or not showing on iOS 15. But when we tried to use Mic Mode on iOS 15, we realized that Mic Mode would only appear if the user started voice or video calls on support apps like FaceTime, Instagram, Snapchat, Zoom, Google Meet, etc.

Mic Mode on iOS 15 not showing on some iPhones because the feature is not available on some older devices. Only iPhone XS, iPhone XR and later iPhones support Mic Mode with iOS 15 update.

Have you tested this feature yet on your iPhone? Do you think it is worthy for voice and video calling? Drop your comment below.

Discord Keeps Crashing On iOS: How To Fix
Everything to Know About Apple New Mac Book Pro 2021
Comment