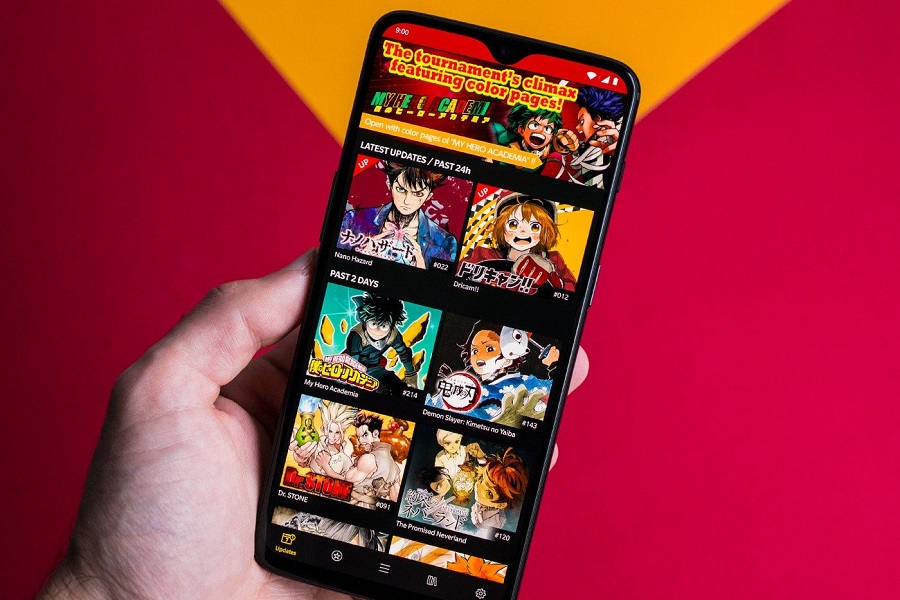 Since childhood, we have always been a fan of fiction stories and comic books, it has been a great part of our lives. And while stepping into adulthood the essence of it did continue carrying on the legacy of reading manga. Manga is no different from the comics that we read in childhood; it is just a different version of it. It might be difficult to find manga comics online to read. If you are looking for an app that will allow you to read through endless manga on your iOS device then this article is for you.

Manga is a word given to comic and graphic novels that have origins in Japan. It has unique storylines and amazing artwork. The story has no limits to its imagination and has a vast set of platforms to portray characters and their development in the storyline. Finding apps on your iOS device that provides you with original content can be difficult since there are many pirated apps. But don’t worry, we have compiled a list of the best manga reader app for your iOS device that will let you read through endless manga comics without any interruption.

One of the best apps that you can get that has hundreds of manga comics of different genres. Every week new comics are been added and updated. You will have in app purchases that start from $0.99, by getting the premium version you will get access to the comics which the free app does not provide. The only con about this app is that it contains too many advertisements. The best part about this app is you can even create your own stories here.

Shonen Jump Manga and Comics contain amazing stories and comics such as Naruto, Dr. Stone, and One Piece along with many others. You have to option of offline reading if you are not connected to the internet. The monthly subscription fee starts at $1.99, it will give you full access to its library, while if you are using it without buying any subscription then you will only get access to limited content.

Manga Zone is an iOS application and is free to use. It does have in app purchases that will give you access to its library. You will be able to read manga without any interruption from advertisements. This app will notify you every time a new story is added or a previous comic is updated. Users even have the option to download their favorite manga stories and read them offline whenever they want.

This app is a very versatile application, it does not just include manga comics, it also has graphic novels, Marvel, DC, Digital comics, and many more. It even let you gain access to kindle by logging in with your Amazon account. It is completely free to use and no extra charger or in app purchase is required. Users situated in the US can get their hands on ComiXology Unlimited if they buy a subscription package.

Manga is a completely free to use app having up to 40000 manga and comics to choose from. It even lets, users, save comics for future offline reading. Manga is available in various languages so users can have different options if they are looking forward to reading in their native language. The only con here is that this app will sometimes not mark the page you were last reading, so you will have to open the manga from start and scroll through pages till you reach your reading point.

YouTube Crashing On iOS 16 On iPhone? How To Fix
How to use ultfone iOS location changer
Comment