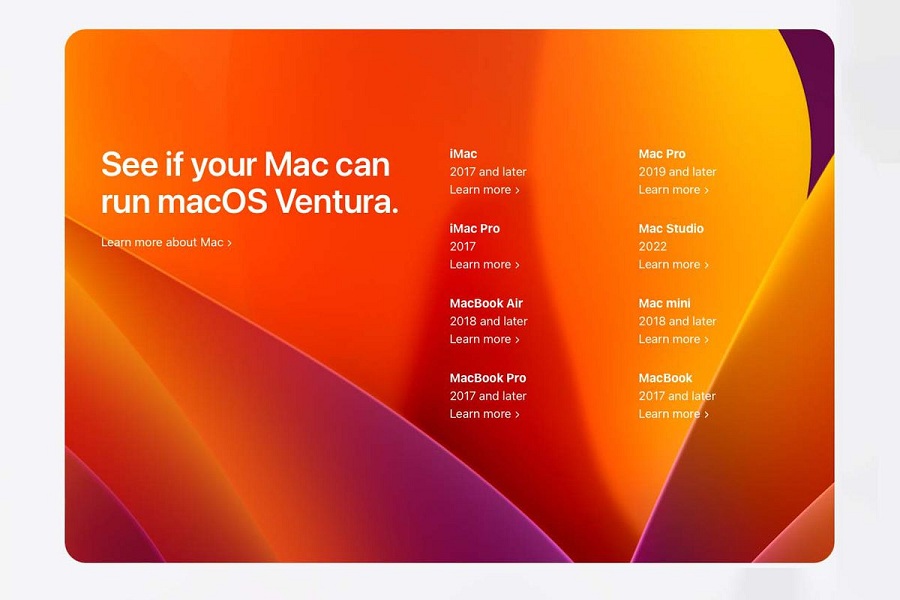 If you have kept up with Apple’s WWDC event, you likely have heard about all the new and upcoming launches and surprises. Amidst them is the upcoming new Mac OS Ventura.

But, with the introduction of a new Mac OS comes the big question, “Is my MacBook compatible with the new OS?” To burst your bubble, we have to confirm that the upcoming Mac OS isn’t compatible with every Mac.

So, what about yours? We will explore all of that in detail in this article.

The system requirements for Mac OS Ventura are quite stringent and subjective. So, ensure that you keep the following checklist in mind to check the compatibility.

The following MacBooks will get the update and will be able to run the latest Mac OS:

Anything before that won’t be compatible with the new Mac OS Ventura. Given the lack of compatibility of the few models, it isn’t surprising that the same has invoked a lot of mixed emotions in the mind of the Apple users.

The non-compatible Mac models that run on macOS Monterey will run on that said operating system smoothly and will be backed with Apple’s security updates for 2 more years. So, the devices will receive the needed security patches and ongoing Apple support as needed.

Reports suggest that even some of the compatible Macs won’t be able to maximize the support from the said features of the new OS due to a lack of M1 chip support.

If you were wondering whether or not your Mac will run the Ventura OS or not, we hope this article clarifies the doubts.

How to install the new macOS 13 Ventura Developer Beta
Apple’s New Text Feature On iOS 16: How to Use?
Comment