Home » KeePass iOS: Is it available for iOS? 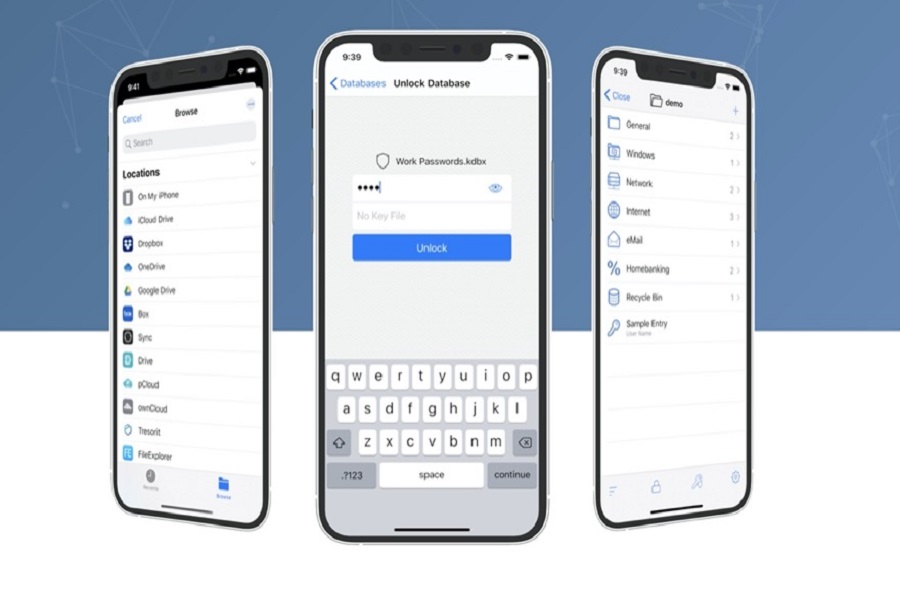 With people having multiple social media accounts, it isn’t surprising that people are consistently confused about how to keep track of all these accounts and passwords. Using the same password for all the accounts can be a little too risky, especially if the password is easy to hack into. KeePass iOS comes to the help for that task.

This is where popular password managers and organizer apps come into play. Among them, KeePass is an option that doesn’t require an introduction. It has been around for quite some time now, helping users organize and safeguard their passwords without any compromise.

But, the big question is, is KeePass available for iOS? We will discuss more on that in this article.

KeePass is a free, open-source password manager that allows users to keep track of all their passwords in one place.

The platform came into being in 2003 and has been a very popular password manager since then. What’s great about KeePass is the diversity and customization options. If you want to enforce complete control over your data, this is the platform that you need to keep an eye out for.

Compared to some of the leading password managers like Keeper and LastPass, KeePass lacks a few core features, especially when it comes to third-party integrations. The platform is currently only compatible with Windows, Mac, and Linux. So, you can’t use it on Android, or iOS officially.

Is KeePass Available on iOS?

KeePass only functions with its web version. They currently don’t have a mobile app, which is one of the reasons why it isn’t officially available for iOS devices, including iPhones and iPad.

If you want to download KeePass for your iOS device, you’d need to either use an alternative or look into the additional versions of KeePass that are available on their download page.

Can I use KeePass on iOS?

Just as we mentioned, KeePass doesn’t have any official app for iOS. This means that you can’t directly download the app and use it without any hassle.

So, if you want a similar app and feature, you’d need to explore the alternatives that are available on App Store. Among all the options, Keepassium is one of the leading options.

Besides that, there are a few more that offer limited but quite similar features like KeePass. So, you’d have to explore your options and see what the alternatives are.

KeePass isn’t officially available for iOS, so if you are considering downloading this app to your iPhone or iPad, we hope this article gives you all the insights that you need. The only thing you need is to familiarize yourself with the best alternatives available on App Store.