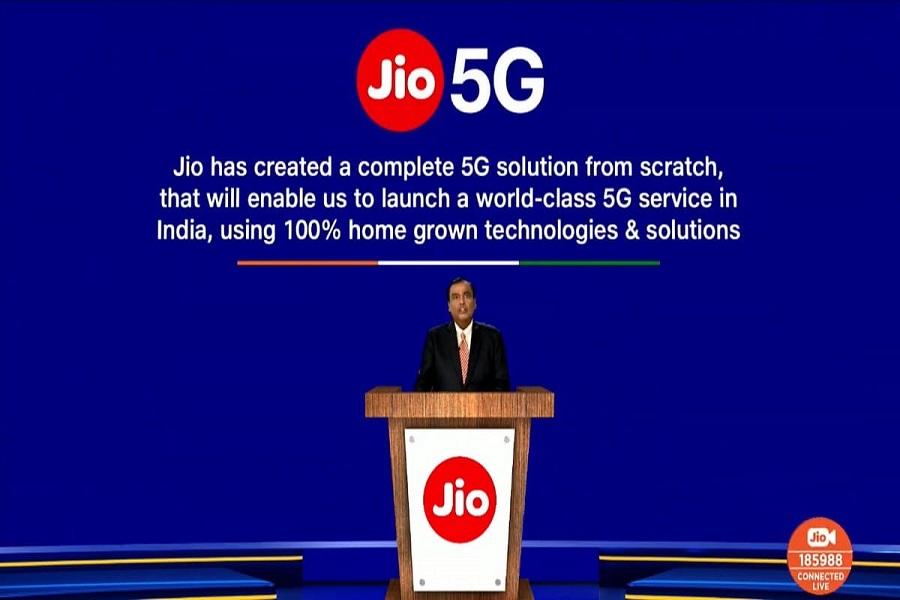 This Wednesday, Jio announced that they are ready with the core technology required to launch 5G in India. They are planning to implement their plan by next year.

MukeshAmbani, Reliance Industries Chairman said at the 43rd reliance AGM Meeting that Jio has developed a complete 5GB solution. They have developed the technology from scratch and are ready to launch 5G services in India by next year. He also added that the technology is 100% made in India.

This is one of the biggest development related to 5G services in the country. India was late to launch 4G. The story remains the same as it is again late to launch 5G services. Many other countries have already launched 5G services that are readily available to consumers. Some countries are even doing field trails to launch the next-generation network.

But the announcement made by Jio could change the internet scenario in India by next year. This is a big move taken by Reliance Jio as they developed the entire technology in India. According to the company, they will roll out Jio 5G plans for trials as soon as the government is ready to launch the layout for the next-gen networks. Jio said that they will start the 5G trials after the government releases the spectrum. The company is looking forward to implementing its planning by the next year.

Jio has also ensured that the transition from the 4G network to 5G will be easy and hassle-free. This is to make sure that users don’t find the process to be difficult or time-consuming. The company said that they will roll out the Jio 5G network at an increased pace as soon as they are ready for deployment in the country.

The best part of this entire announcement is that the company is going to make the entire network in India itself. The underlying technology for 5G networks has become a bit complicated as Chinese companies like Huawei and ZTE are market leaders in it. This has spread the fear of data insecurity and privacy. It is because of this reason that Jio decided to develop a complete solution within the country. It’s not just India, but many other countries have the same thing on their mind because of which they have moved to bar Huawei from the 5G network deployment.

The UK has already banned the use of Huawei technology in its 5G networks. Not just that, but they have also taken initiative to remove the technology where it has been previously used. This will be done by the end of this year.

Just like all the other countries, India too is worried and very cautious about using their technology and telecom services. They are hesitant to get their supplies from any Chinese company. To prevent all this trouble, Jio has made complete technology from scratch within the country.

The announcement made by Jio related to the launch of the 5G network is bound to please the government.