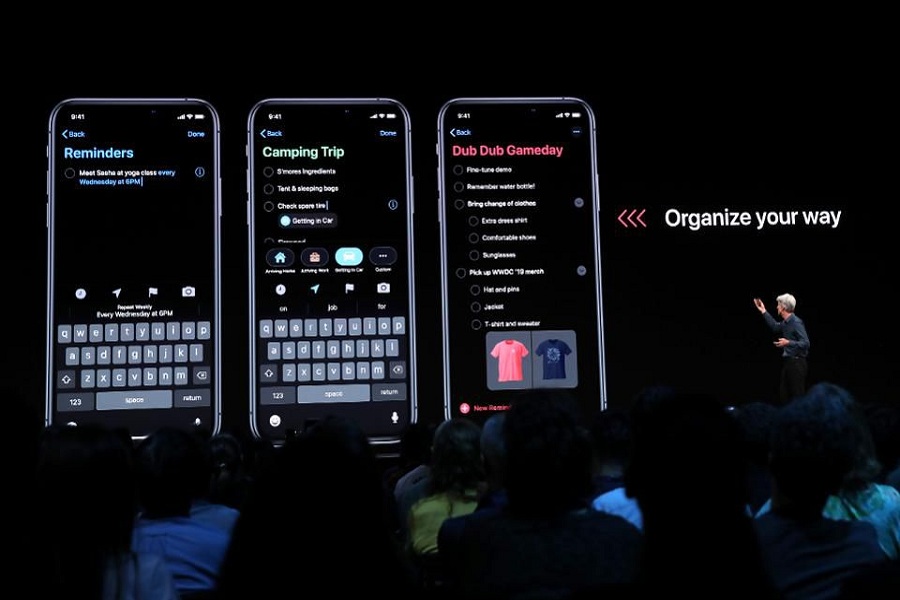 Apple revealed its much awaited iPhone OS, iOS 13 at the main keynote event of WWDC 2019. We know the features of iOS 13 unveiled at the event but it could be possible that Apple is keeping some of iOS 13 features in “Dark Mode” that it wants to reveal with the big launch event of its iPhone 11 or 2019 iPhone models in September. For the iPad, Apple launches its own standalone OS called iPadOS. We know iOS 13 introduces Dark Mode, Photo & Video editing features, new memoji avatars features, Look Around in Maps, and much more for compatible iPhone devices. But it is possible that Apple hiding those iOS 13 features that can reveal the details about iPhone 11. So, Apple might be keeping them as secrets until the launch of their 2019 iPhone 11 model. Or it could be possible that these new hidden features of iOS 13 may only work on Apple’s newest upgrade device only that is why Apple is holding them back.

By the history of Apple, we may know that Apple always keeps some big announcements in dark that could give some tease of its next-gen iDevices. But the first thing is that the next iPhone 11launch is due in somewhere September which clearly means Apple doesn’t want to reveal anything before three months of its fall event. Still, all the igeeks and developers all across the world would find some enticing in iOS 13 beta that could hint some details about future iPhone models and its features.

As of now, Apple has just rolled out iOS 13 developer beta for testing purpose and iOS 13 Public may get released in July, as Apple ensures. If you are not a developer then still you can install iOS 13 with its IPSW file. Maybe some new features will be added in next beta versions of iOS 13 in the next months’ releases. With the new iOS update, a lot could happen with iPhone 11. Just like rumors about iOS 13 earlier, there are several speculations about iPhone 11 design in the market. From some of them are confirmed such as iPhone 11 will have rear triple camera, OLED display with a higher screen resolution that will look gorgeous with iOS 13 loaded.

We hope to see some new details about new iPhone 11 in iOS 13 beta and from the teases of Apple before its big launch. Stay tuned with us for more news and information considering Apple