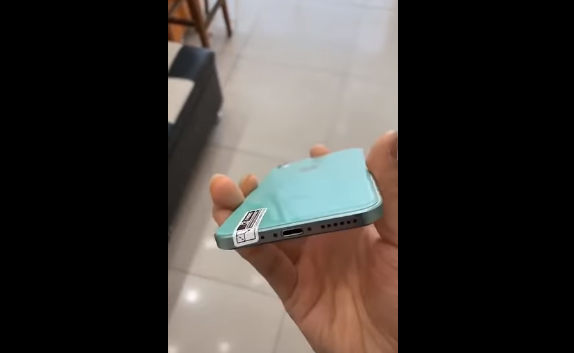 This time we have found the video clip which shows the old school design of the next iPhone SE 2 or 9.  Yes, the older chunky bezels and a physical home button design is back with the iPhone 9 / SE 2. And the most important thing is the device will be the most affordable, so if you have a low-budget, then you can still get the iPhone after waiting for years.

Since the design of the device is similar to the iPhone 4 and 5s, people are wondering Apple could really make the design like that. Even the design is completely different from the leaked design by the popular OnLeaks renders. The sides of the device appear squared off, and thick top and bottom bezel on the front and the single camera on the back do match the renders, so this is the much older design we have seen yet. Also, the 3.5mm headphone jack is not among the many old school design choices on the device.

Talking about more features of iPhone 9 / SE 2, the device rumoured to have the latest Apple 13 chipset to stand out against the currently trending Android devices. The device would also have the tiny 4.7” screen (small compare to current 2021’s standard methods), large compared to previous iPhone SE’s 4.0-inch screen. The mint green color design also claims the device would have the mint green color option like the iPhone 11.

The other leaked images of the iPhone 9 / SE 2 spotted with the rounded sides, which completely different from the video. You can also check the below-leaked images from the OneLeaks and iGeeksblog.

Apple iPhone Users Will Be Able To Change Default Apps From iOS 14
Should you wait for iPhone 9/iPhone SE 2?
Comment