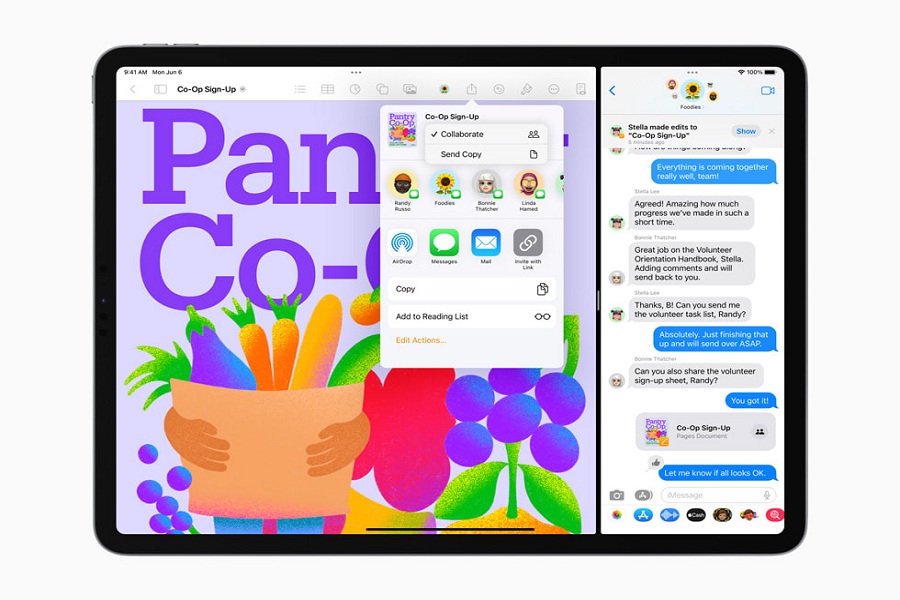 Apple has just unveiled the new iPadOS 16 at the WWDC 2022 event. The latest version of the iPad operating system will pack new features that will take it closer to laptop-level multitasking. As announced by Apple, the iPadOS 16 will be launched later this year.

The iPadOS 16 will share some of its features, including passkey support for Safari and redesigned Home app with macOS. Besides that, it will get some more features of its own. There will be a new whiteboard collaboration software and weather app arriving later this year.

Apple has focused mainly on the multitasking features. The iPadOS 16 becomes more efficient if you are using an iPad with an M1 chip.

The Stage Manager feature introduced for macOS Ventura will be available on iPadOS 16, which will allow you to drag and drop windows in its place.

The collaboration features will allow you to collaborate directly from the share sheet in apps like Pages. It will alert users when new changes are made to a shared file.

Apple has included a new whiteboard feature called Freeform. This app is designed to enable colleagues to contribute to a shared canvas. Additionally, it supports various file types as well as Apple Pencil.

Mail is also getting some new features such as scheduling emails and canceling a message before it reaches the recipient. It will also include a Remind Later option. The tech giant has confirmed that search in Mail will also be improved.

There will be desktop-class apps available on the iPad, which will add new features such as a consistent redo and undo experience. It will also allow you to see folder sizes in Files. These features are included to give you a more desktop-like experience while using your iPad.

Those who have an iPad Pro will get a special feature called Reference Mode. This feature enables the device to match the color requirements in color grading, approve and review the color, and color compositing.

The new iPadOS 16 updates will be available to developers starting from today, while a public beta version will be released in the coming month. As far as the full release is concerned, it will happen in the fall.