Home » How to get the iOS 16 themes for Realme 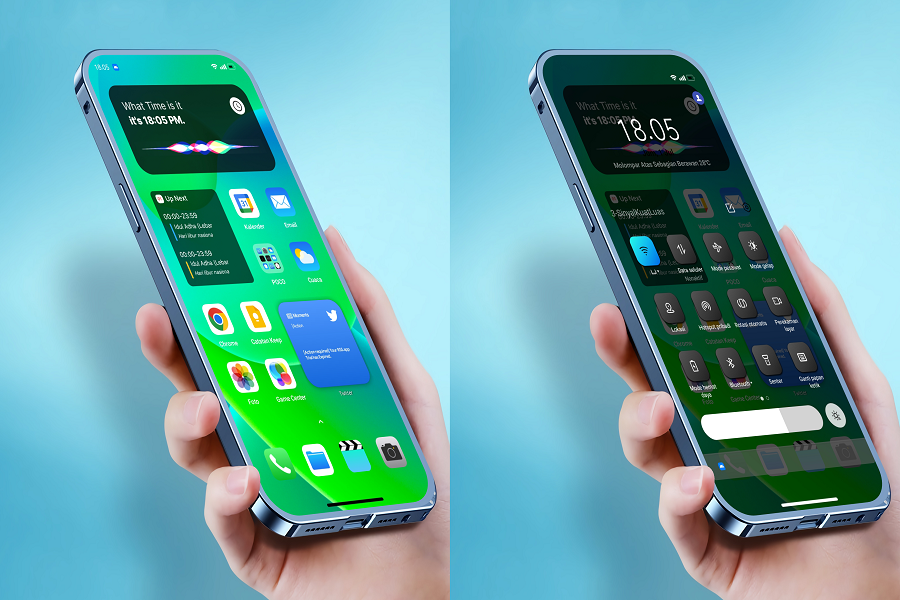 Everyone wants to get their hands on iOS 16 since it is creating so much of a buzz with its exciting new features. Not only iOS users but even Android users are also intrigued by the new features iOS 16 brought with it. Since iOS 16 has been released there are many searches on how to get the iOS 16 themes on Android, more specifically on Realme smartphones. Realme device is no doubt giving its best experience to users, but it won’t hurt to get a little change away from the Android theme.

By getting the iOS 16 theme on your Realme device, your device would be just like getting a new iOS skin over Android, it also makes your Android look and works like an iPhone, but it would only change its outer look of it, the processor would still be the same. There are many third party applications that can get your work done by giving you iOS look on Realme phones. With the new iOS 16 theme, you will get a similar look to an iPhone such as wallpaper, icons, lock screen, settings, notifications, dialer pad, file manager, and many more. Let us take a look at some of the most common third party applications that can give you a complete iOS 16 look for your Realme device.

iLauncher is a great application that gives you the experience of iPhone themes from Google’s Play Store. It consists of multiple wallpapers and an interface based on iOS 16 for Realme phones that claims to convert any phone into an iPhone quickly, easily, and simply, with all of the icons, animations, and effects that iOS 16 features. It has 3D touch, the ability to hide apps, and many themes to select from. You will also find numerous widgets to choose from, that are similar to the widgets of the iPhone lock screen.

One of the greatest iPhone-themed launchers for Realme devices is Launcher iOS 16. It is highly ranked among its users. It also provides the identical iOS 16 UI on any Realme phone, thereby turning any phone into an iPhone. With its iOS 16 themes, this launcher will transform your Realme phone into an iPhone, complete with the same icons, effects, transitions, widgets, and control center with all of the iOS choices and notifications, among other features. Fortunately, launcher iOS 16 do provide it, to users, with iPhone’s identical lock screen, unlike other third party applications, that leave out the lock screen part. It gives you the same exact details of the iPhone’s lock screen with its own widgets and also provides the standard iOS blurring effect when you choose anything in particular. Except for the processor and the physical model, everything would be turned into an iOS 16 theme with Launcher iOS 16 application.

iLauncher X can be said to be an excellent iPhone theme application for Realme. The main feature is the standard iOS design, but it also consists of several tweaks that enable you to adjust the size of program icons and text, among other things. It also has several effects and transitions, as well as a 3D touch menu and other features. Although it gives you many iOS- related features, it lacks behind when it comes to the lock screen, the home screen, and other features may work similarly to iOS but your lock screen will be the same as provided by the company. Usually, Android devices slow down when they install any application that is too big, but luckily iLauncher X is just about 10 MB and will not consume much of your data, so Realme devices won’t get a chance to slow down because of this application.

That’s it, folks! If you have any other suggestions in mind for installing the iOS 16 theme on the Realme device, do share them with us through the comment section down below.