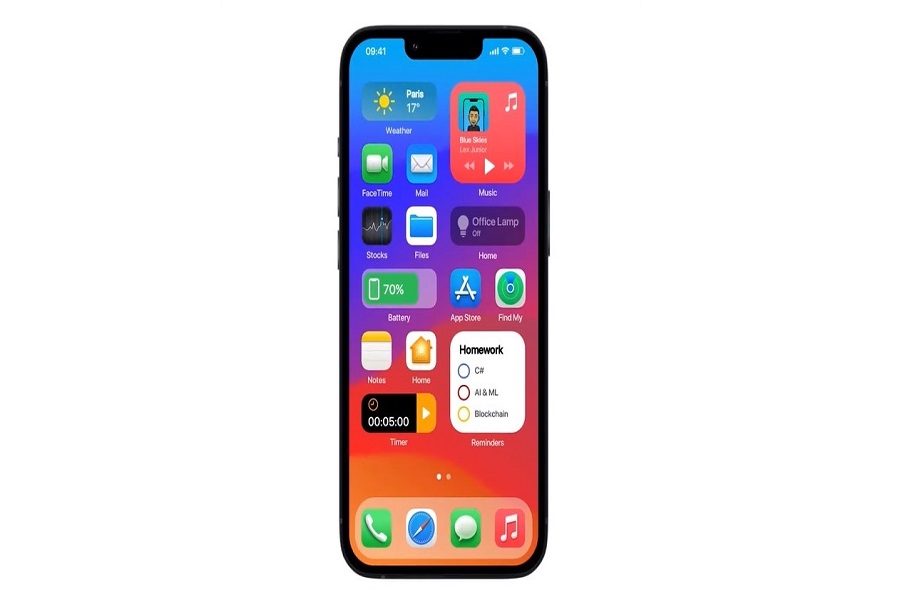 Apple released iOS 16 public beta 1 and iOS 16 beta 4 on July 11, 2022, and these updates have previews of many significant improvements and several new features compared to previous betas.

I have installed the iOS 16 public beta and checked some new features that are as follows:

While you are playing a video on YouTube, you can just swipe up and you will enable Picture in Picture. You can resize it according to your preferences.

In other parts of the world, this feature is available with a YouTube premium subscription, but I hope they make this free for iOS users around the world as it is already available free to Android users.

The Music Widget on the Lock Screen

With the iOS 16 beta 3 re-release and public beta, we now have the music widget and its content will show up on the home screen or the lock screen if you tap on the image.

It even works within YouTube, so if you tap on the image, it appears, and if you tap away from it, it goes away. If you want to go to that app, tap on the title and it will bring you back to the app.

The same is true when we go into music and play music. Then, if we go to the lock screen, you will see the widget. You can tap on it and control your music. Plus, the amazing thing is that the background of the widget will change according to the artwork of the song you are playing.

It really looks nice and gives an aesthetic touch to the lock screen.

Also, iOS 16 is adding AVIF support, which is a newer codec for different photos and media. It supports transparency, wide color, HDR, and animated images. As a result, it has the potential to replace GIF.

Plus, it’s already supported by other browsers like Mozilla Firefox and Google Chrome, so it’s great that they’re adding it to Safari as a standard. Images will now work as far as AVIF photo files.

‘Add to Calendar’ in ‘Stocks’

If there’s an earnings report for any company coming up, you’ll actually have the option to add it to a calendar. This can be useful to traders.

With accessibility, we have some new features. They were also in beta 2, but more options have been added.

If we go into Settings => Accessibility and then scroll down, we will see accessibility shortcuts. These have been there for a while, but we have some new options such as Apple Watch Mirroring, Control Nearby Devices, and Live Captions.

Within the home app, if we tap in the upper right corner for menus and then we go to Home Settings, we will see a software update option when we scroll down. This is available if you have a HomePod.

However, keep in mind that it’s a beta, so it’s going to have some issues, but overall it seems to be fine.

iPhone Overheating on iOS 16 Is Solved!

The phone getting too hot issue in iOS 16 beta 2 has been resolved in iOS 16 beta 3 and the iOS 16 public beta. A few people have reported that they are still facing the iPhone overheating issue even now, but the majority have seen improvements.

iOS 16 public beta 2 and iOS 16 beta 4 will basically be the same thing, and they are expected on July 20th. However, it is not confirmed and is just a prediction.

Because last year, Apple had a few weeks’ interval between beta releases. Let’s see what Apple will do this year.