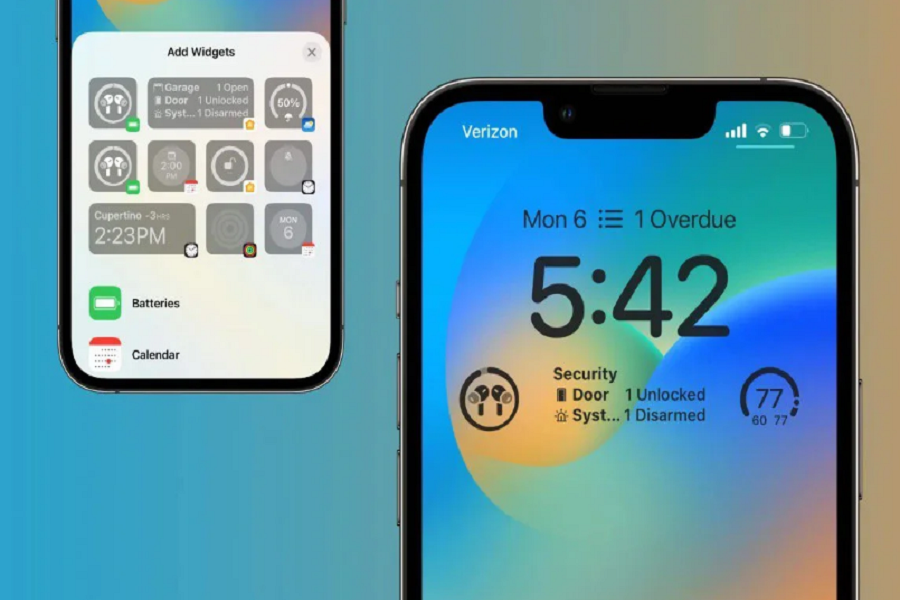 Of course, you can use battery widget, reminder widget, clock widget, fitness widget, news widgets, and more Apple’s widgets on the lock screen of iOS 16. But many users also want to use some third-party widgets on the iOS 16 lock screen to make the aesthetic lock screen unique and useful. After installing iOS 16 on iPhone, we spent a lot of time on the iPhone and came across many useful iOS 16 lock screen widgets 3rd party. Let’s check out these widgets.

Do you travel often? Do you wish to see your following flight detail on your iPhone’s lock screen? If yes, then Flighty is the perfect widget for iPhone users to add on the iOS 16 lock screen. With the help of this widget, users can take a glimpse at the gate code, sear detail, departure time and a lot more detail at the lock screen of iOS 16. Also, you can add the link to get detail of your friend’s next flight.

Do you wish to design the best and most customized widgets for your beloved iPhone’s lock screen? If so, Widgetable is the most popular iOS 16 third-party widget to create a fancy lock screen widget. This App included dozens of widgets for couples as well to add distance apart or miss your widget. Also, users can add a specific app widget on the lock screen with the help of this App. Since the App is free, and have many widget option, more people prefers to use this App.

Since many people use some social media apps a lot, they prefer to have the perfect widget for the App to launch the App from the lock screen directly. Therefore, developers have designed this widget to add Instagram, Twitter, Facebook or YouTube widget on the iOS 16 lock screen. User can simply download this, select the App, and add app widgets one by one on the lock screen of iPhone.

Many people often to iPhones to scan documents like receipts, IDs, books, and documents to turn into pdfs. Hence, iOS 16 allow iPhone users to use Scanner Pro to directly hit the Scanner Pro widget button from the lock screen and start the scanning. Since most users can still work from home, this app widget is the best for iPhone users.

For us, Widgetable is the best and most creative iOS 16 third party widget for the lock screen of iPhone to create an aesthetic lock screen. Which other 3rd party iOS 16 widgets to love the most? Do feel free to share with us in the comment section.