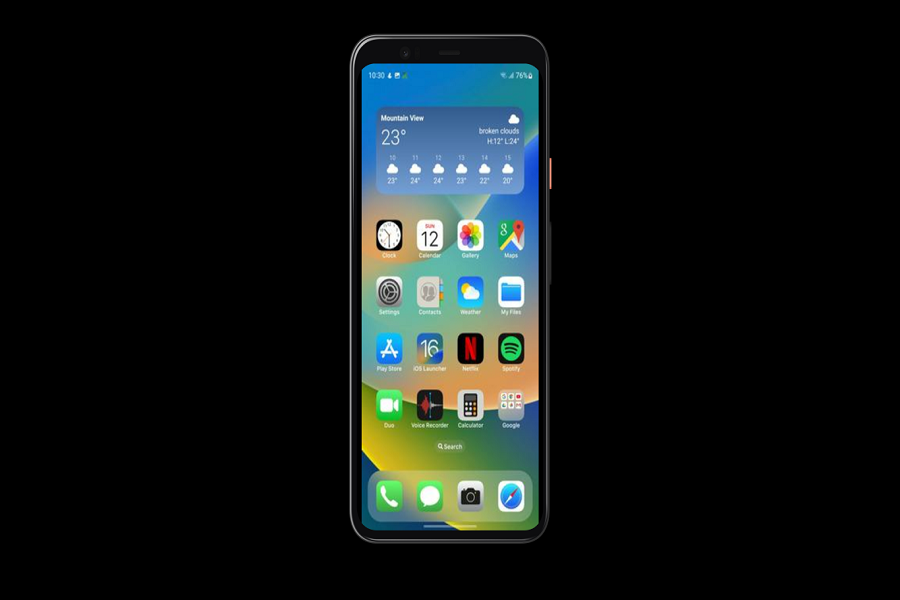 Do you wish to test iOS on Android? Don’t worry if you want to do so, it is not absurd at all.

Luckily there are many iOS launchers for android, which provide an interface similar to that of iOS, plus they are in high demand in the Play Store. With these launchers you will get first hand experience of iOS on Android.There are numerous excellent iPhone launchers for Android that may help you make your phone appear like an iPhone if you want to. And getting this is very simple, you just need to go to play store and download the suitable app.

How do iOS launchers work?

iPhone launchers function by matching iOS elements to an Android UI. You are not required to utilise an Android exclusively just because you have one. It will combine the flexibility of iPhone devices with Android’s customisation choices.

These iPhone launchers or iOS launchers simply replace your current Android launcher with one that resembles the interface that Apple has been utilising for its iPhone lineup. You may find the best launcher but overall, it totally depends on the hardware that your phone is powered by.

Note: These launchers are not at all meant to boost your device’s overall performance.

When you open PlayStore on your Android device and search for iOS launcher you will find numerous options for you to download. Below is the list of iOS 16 launcher for Android device.

Android’s mobile operating system is held to a higher level by the launcher iOS 16. It provides a wonderful iOS-like experience. You may alter your background to match an actual iOS device, add contacts widgets, edit widget labels, allow assistive touch, enable control centre, and many more features. It even uses less RAM and is simple to use. Additionally, it offers a built-in lock screen with an iPhone-like design. As a result, you’ll receive a whole treat in the form of an iOS launcher and a lock screen theme that looks like an iPhone.

It has no in-app purchases and is entirely free. You may completely customise IOS widgets, including the calendar, weather, clock, contacts, and many others. Control centre, accessibility, lock screen notifications, etc. will all be supported by your device. Controls for programmes, settings, and other features can be added to control centre to make it more unique to you. There are a total of 12 controls. You can even customise your lock screen by combining an iOS style passcode with stunning iOS wallpaper themes to create a lockscreen that matches your device’s alerts.

It is simple to use and very practical. With the help of this launcher, your phone may easily transform to iOS style. You will have access to a variety of iOS features, including the home screen, control centre, notification centre, lock screen, assistive touch, smart search, smart groups where you can organise applications, custom status bars, and icon modifications. gestures, desktop grid customization, and plenty other possibilities.

One Launcher is among the top iOS launchers for Android that offers a simple user interface and a wide range of supported functions. It also has some widgets and features, such as a desktop clock and a dynamic calendar icon that dynamically adjusts the date to your system’s time.

One Launcher is another well-liked iPhone launcher for Android that mimics the look and feel of the original UI. Despite being altered, the icons are still highly sharp and of a high calibre. It offers a number of transition effects, such as Rotate, Windmill, Bulldoze, and Cube.

Each of these iOS / iPhone launchers offers something unique, so whether or not you decide to test them all depends on your personal preferences. Let me know in the comment box which launcher caught your eye.