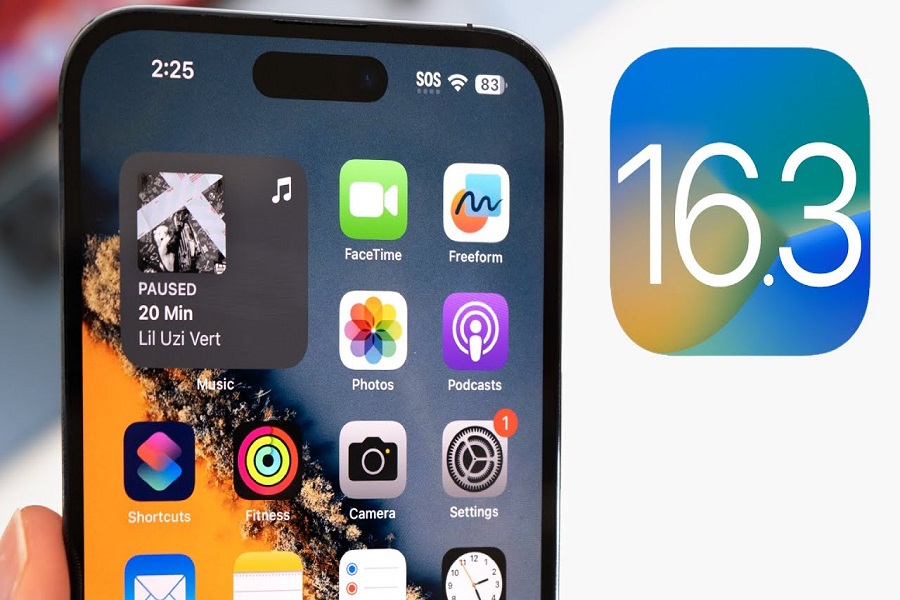 With the kind of curiosity that the iOS 16.3 beta version sparked among the users, it isn’t surprising that the users are now finally getting to unfurl all the new features and test them out in the stable version.

For those who aren’t aware, iOS 16.3’s stable version is finally released, which means that you can check your latest iPhone and see if you have the new OS update available.

That said, what kind of features are finally available in the stable version and what did Apple cut out from the beta version of iOS 16.3? More on that in this article.

Following the new features that were released with iOS 16, 16.1, and 16.2, it isn’t surprising that Apple had a lot to compete against.

That said, the release of iOS 16.3 brings forth a lot of new and unique features that users will appreciate.

Following are all the features available in iOS 16.3:

The users can follow Apple ID‌ > Security Keys to set them up as per the on-screen instructions.

Next up on the list of new features that are available on iOS 16.3 is the Unity Wallpaper. This particular feature is released to celebrate Black History Month.

If you are a homebody and like to keep yourself entertained with HomePod, the new iOS 16.3 will now support the second-generation HomePod device.

The device is similar in size and design to the initial launch but comes with a variety of new features, including a touch interface, and humidity and temperature sensing.

Another important security feature that’s worth mentioning in iOS 16.3 is the upgraded emergency SOS support. This will enable the users to get access to a variety of methods to sort out emergency calls, in case they are stuck somewhere.

The users can now process the call by pressing down on the side button or consistently tapping the volume up and down buttons. Releasing the button will then conduct the call, fetching someone the help they need when they are stuck in the middle of nowhere.

The new iPhone 14 users reported a bug where the display turned black with a yellow-colored horizontal line running down the middle. The new iOS 16.3 stable version fixed that issue alongside a series of other bug fixes to allow iOS users to have a more stable and reliable user experience.

The new iOS 16.3 has addressed a series of security vulnerabilities that many iOS users complained about previously. So, alongside introducing new features, Apple has also worked on improving the device’s security and privacy features, which is always a benefit.