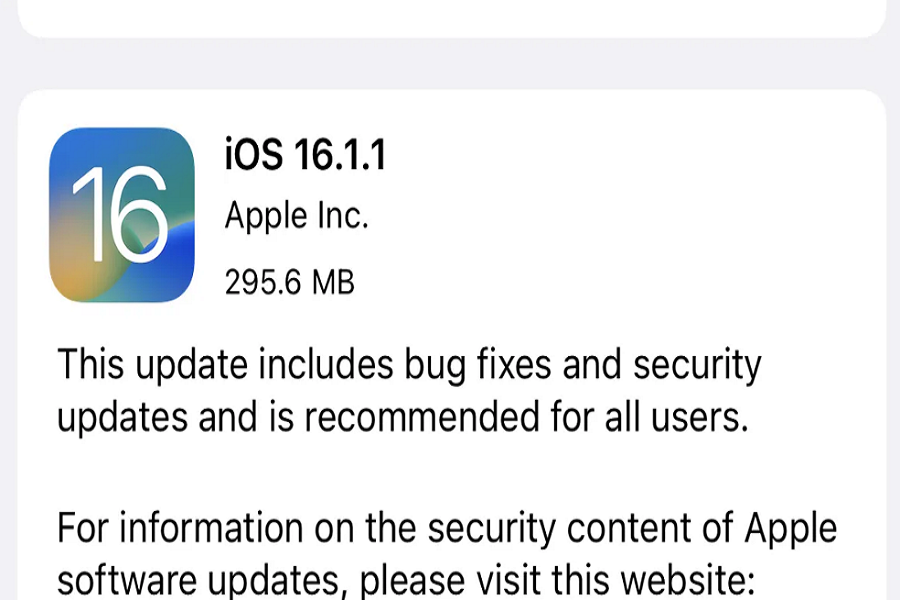 If you are a beta tester, you will not receive this update since you are already on the newer version; if you wish to download iOS 16.1.1, you must downgrade, erasing the beta profile because you are currently on iOS 16.2. iOS 16.1.1 is nearly 356.4 MB on the iPhone 14 Pro Max, however, this may vary depending on the iPhone model you have. This update is recommended for all users since it includes bug fixes and security updates. Users may now upgrade their supported iPhone devices to iOS 16.1.1.

IOS 16.1.1 is already in the market for all compatible iPhone users to download and install on their devices. iOS 16.1.1 was released on Wednesday, 9th November 2022.

IOS 16.1.1 is merely a stability update according to some users, giving its users some minor bug fixes and performance improvements rather than introducing new features. But we are expected that Apple will release some left out features that were supposed to be introduced with iOS 16, will now make their way with the iOS 16.2 update which we will soon receive by mid of December.