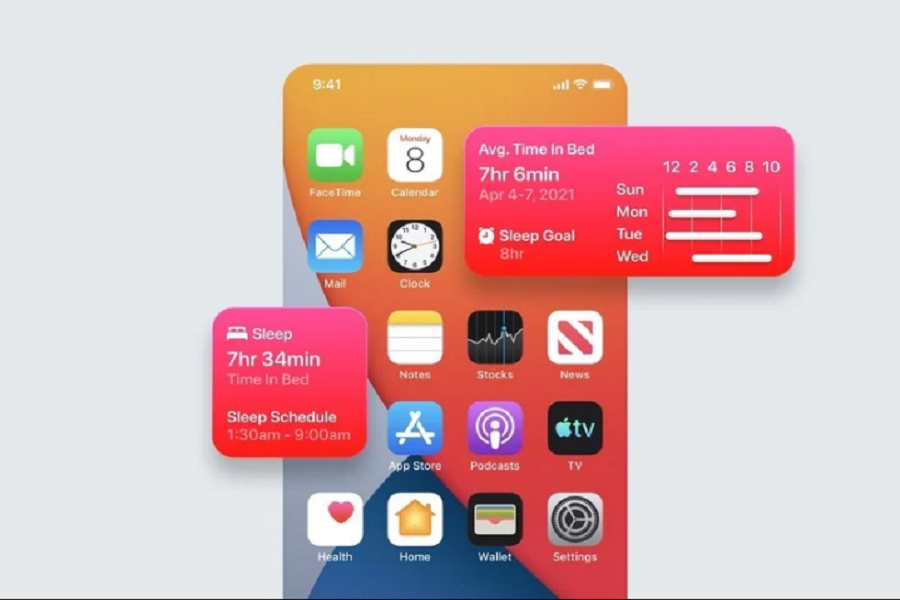 Last year when Apple added some unique widgets to iOS 14, I enjoyed them on my iPhone’s home screen. It was fun to use a calendar, Google, Notes, and Smart Stack widgets on iOS 14. But still, I was not satisfied with the available iOS 14 widgets.

I was eagerly waiting for more widgets with every new iOS upgrade. Finally, Apple landed some new widgets on iOS 15 and making the Smart Stack feature even better. You can add widgets to the iOS home screen by pressing on the black screen of the home page, taping on the Plus icon at the left-right corner, selecting the Widgets, and tapping on Add Widgets with different sizes. Then you will have a glance at that app without opening the app. Do you want to see more new iOS 15 widgets? Let’s scroll down to see them.

See More: How To Add Multiple Widget At One Stack on iPhone in iOS 14

When iOS 14 was released with many widgets, I was searching for the Mail widgets. But Apple took around a year to finally add the mail widget to the iPhone with the new iOS 15 update. The Mail Widget on iOS 15 will let users preview at least two or four messages on the widget.

Apple removed the feature to add favourite contact on iOS 14. Even there was not Contact Widget on iOS 14. And now, with the iOS 15 update, Apple is allowing users to add Contact Widget to the iOS 15 home screen with three different sizes. Either you can choose one, four or six contacts to show on Contact Widgets. The best part is when you tap on any one contact from the widget, you will get the new contact profile on that person to make a call directly, send text, open FaceTime, send an email, or make payment via Apple Pay.

Which apps are trending on App Store today? You will get the glace of the App Store with the help of the new App Store widget on iOS 15. This widget will show you in-app events and a trending collection of the app. This widget is available in three different sizes: square, rectangle or block that fills half the screen.

I often use the Find My app to check where my friend is. It also helps to keep track of my Apple Airtag connected stuff. With iOS 15, Apple makes it even more useful with the new Find My Widget. This widget allows me to add square and rectangle views widget to iPhone home screen.

Good news for Game Lovers as Apple’s new Game Center widget to available on iOS 15 to keep track of what games your friends are playing and which the recently played games are. The Game Center widget is available in two sizes: the Continue Playing section and the Friends Are Playing widget.

After testing iOS 15 beta for more than two months, I have found these new iOS 15 widgets very fruitful. The Smart Stack is now great as it allows re-ordering the stack by press-press and using the drop-down menu. It also shows some suggested useful widgets. Do you still miss any widgets? Feel free to tell us in the comment box.