Home » iOS 15 Facetime Screen Share Is The Most Expected Feature 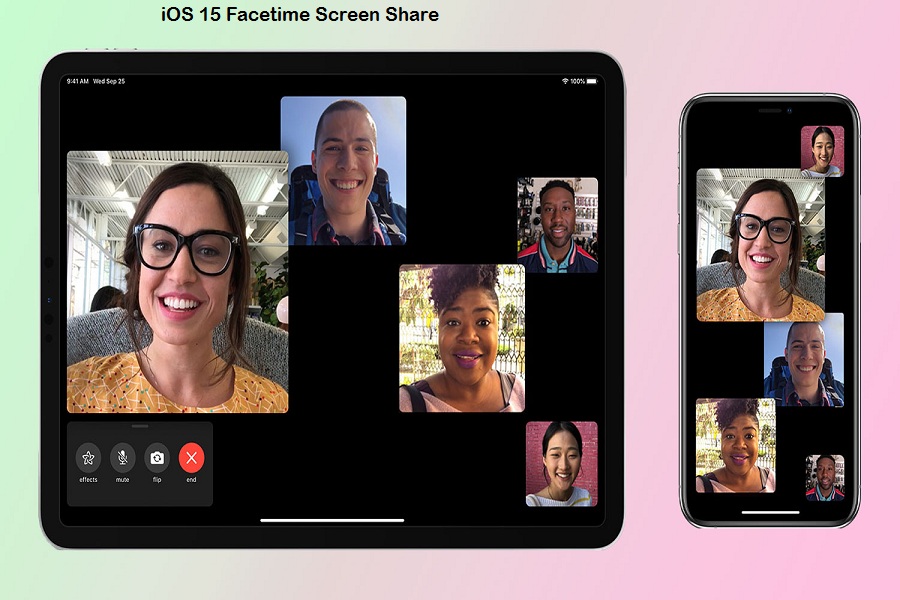 As the day of iOS 15 beta 1 is coming nearby, many geeks are excited about the iOS 15 screen share Facetime feature. Even we heard a lot about this upcoming feature, and here we are to share more about it.

We believe that Apple is working hard to make its software and hardware better. We already saw iOS 14 with some home screen customization and fruitful features. After a decade, we saw something great from Apple. Hence, the expectations of iOS users are high from the next iOS 15.

Because of lockdown, things changed and people started using online classes, meeting, conferences, and more with Zoom, Google Meet, and other apps. Considering the same, Apple is working on the new feature on Facetime screen share on iOS 15.

As most people are still working from home, this new screen share on Facetime will help them keep connected with people by video conference. I guess this online culture will increase in the future, and adding the new screen share on iPhone with iOS 15 will make it worthwhile.

As for now, there is no screen sharing or video conference feature on ant iPhone yet. Mostly, people are using the Zoom app to get work done on the iPhone. The new FaceTime screen sharing feature will help users share the screen of laptops and other views on the presenter’s screen. Hence, it will help iOS users conduct online meetings regularly on Facetime without using any third-party app.

Which iPhone Will Support iOS 15?

Device after iPhone 7 and iPhone 7 Plus will support iOS 15, including iPhone SE 2020 and iPod Touch 7th Generation.

What More Coming with iOS 15?

No, you can’t share the screen on FaceTime from your iPhone in the iOS 14 update. But we hope that Apple would add this feature on iOS 15.

Not with any Apple’s app, but you can use other third-party apps to share your iPhone’s screen.

How do I enable screen share mode on my iPhone?

There no option to enable screen share mode on iPhone. We will have to wait for the iOS 15 update to get this feature.

Are you using any other iPhone screen-sharing app? Do you think Apple could make the best FaceTime screen sharing feature than other apps? Please do share your thoughts in the comment section.