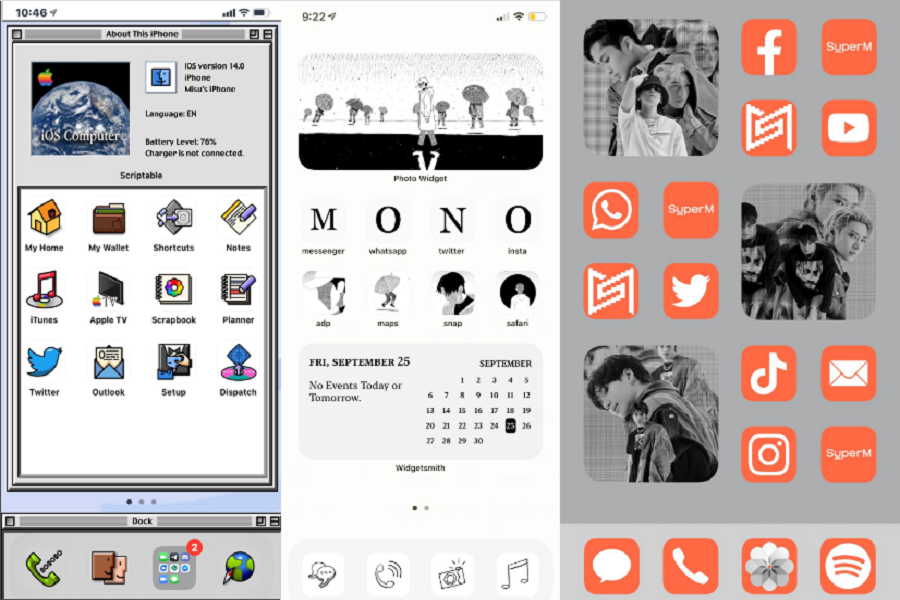 Since the iOS 14 released on September 16, people are coming with some great and innovation iOS 14 home screen ideas. Even Widgetsmith, Photo Widget and Color Widgets apps downloaded more than 5.7 million with four days of iOS 14 release. After that, we also checked thousand of iPhone home screen designs and gathered some of the best iOS 14 creative home screens for every iOS users who have been looking for some best aesthetic iOS 14 home screen theme to set on their iPhones.

I hope you enjoyed this short and sweet ride of some good home screen idea for iOS 14. Let us know which design you liked the most in the comment section. Feel free to ask anything regarding iOS 14 update.

How To Bypass Shortcut App When Open Customized App Icons in iOS 14
How Do Set My Photo As App Icon in iOS 14 on iPhone?
Comment