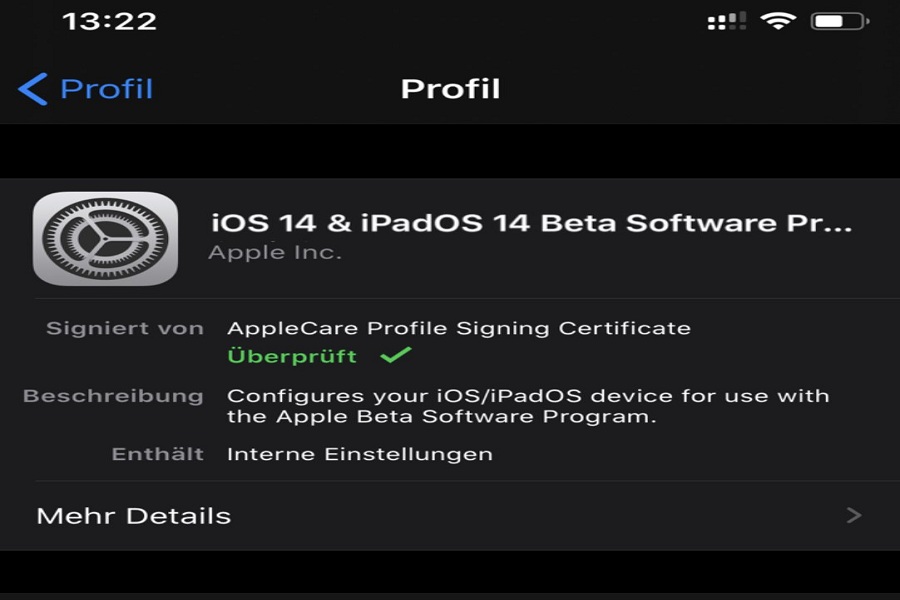 While we are only a week away from the official release of the next iOS 14 update, many geeks from Twitter have found the new iOS 14 profile download.

Is iOS 14 available to download right now? Did Apple accidentally publish it?

After one geek posted the screenshot of iOS 14 beta profile download, many other users are wondering is Apple released it publically or it’s fake news. Once we heard the news about the iOS 14 profile leak, we took some time and did some research to find out what the heck is this.

There is information that the configuration profile required for downloading and installing iOS 14 seems to have been temporarily downloaded. However, it is not possible to confirm whether it is genuine or not, and it may be fake.

I guess June 22 is the final date when we get the official iOS 14 profile download option for all the developers who are waiting for the next update eagerly.

Majin Bu has also shared some screenshot of iOS 14 features:

Well, we have already discussed what is expected in iOS 14 update, some latest rumours are claiming that the feature of recording phone calls and FaceTime call audio will be only available for all the Apple employees. We can say that company will use this feature in intra-corporate conversation.