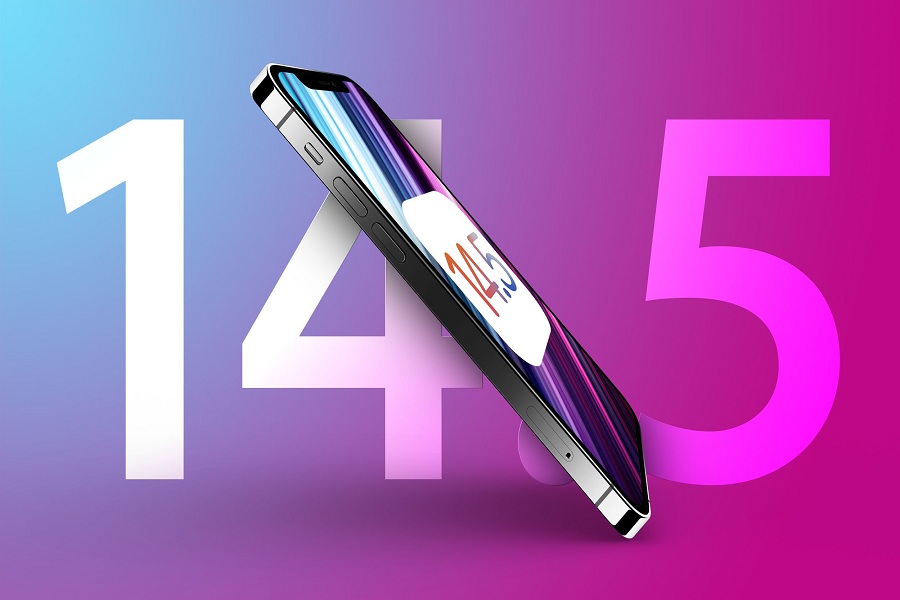 Various rumors about iOS 14.5 circulate around the market as the iPhone-maker is testing the beta version of the new OS. Presently, we assume iOS 14.5 will make its public advent in early summer. Before Apple puts out this next iOS update, we have encompassed things you should know about iOS 14.5.

Numerous features are added in iOS 14.5. The significant changes would be in data protection and privacy, for which Apple is famous. Currently, Apple runs iOS 14.5 beta programs. Seeing the hype and the various features, we can assume it is one of the most significant updates before the official announcement of iOS 15.

Unlocking the iPhone with Apple Watch is among the significant features of iOS 14.5. This will allow the users to unlock their iPhones when they are in public places wearing the mask. To use this feature, it requires watchOS 7.4, which is expected to be released together with iOS 14.5. This means that if an unlocked Apple Watch is worn, the iPhone can be unlocked directly with a Face ID despite a face mask. A code is not required for this. But there are a few important exceptions. The “Unlock iPhone with Apple Watch” function is limited to masks. It won’t work if your iPhone can’t tell if you’re wearing a mask. Also, the feature isn’t available for things like Apple Pay, auto-filling credit cards in Safari, or accessing Apple Card features in the Wallet app. Apple deliberately integrated these restrictions for security purposes.

However, the update also contains a substantial change in the area of data protection and privacy. With iOS 14.5, Apple introduces the so-called app tracking transparency, aka ATT. With ATT function in your device, apps will need users’ permission before tracking their data and sharing it with other websites and apps. Users can check, in settings, which apps made request permissions to track user data. The users can make changes in the setting option.

Users will be notified whenever an app requests tracking permission. For instance, if WhatsApp asks permission to track location, then a popup of permission appears on the screen. Users can choose two options, i.e., “Allow” or ‘Do Not Track.”

When a user decides against tracking, Apple will prevent the developer of the respective app from accessing the user’s advertising ID. The developer is also obliged to respect the user’s tracking preference in general, which means that he is not allowed to use any other methods to track the user. Otherwise, the app could be removed from the app store.

The update adds a new Siri Intelligence function that helps the virtual assistant know your favorite music applications. Apple has stated that there is no specific setting in iOS in which users can configure a “standard” music service, so this function is designed explicitly as a Siri intelligence function. This means that the first time a user asks Siri to play a song after installing iOS 14.5, Siri will ask them which app they would like to use. After the user has selected one of the options, it becomes the “defeault setting” for the next commands. The whole thing works with apps like Spotify, Amazon Music, and Pandora other than Apple Music.

Other key features of iOS 14.5

Here are some additional features that would be available with iOS 14.5:

Apple does not usually specify when precisely a new iOS update will release appear. But it is a little different with iOS 14.5. The company announced in the app tracking transparency announcement that the feature would be available with iOS 14.5 in early spring.

Well, spring starts in March, and Apple usually hosts an event this month. There rumors in the market that Apple can host an event in the last week of March. It can be assumed that the new iOS version will be associated with new Apple products. In addition to the new iPad Pro models, the new hardware also includes AirTags in this event. Interestingly, iOS 14.5 has the necessary code that is meant explicitly for AirTags. That means Apple could announce AirTags and then release iOS 14.5 with the new “Find My” features. Of course, it could be different. However, it can be assumed that the update will be rolled out for all users by the end of the month.

Since the beta version of iOS 15 is expected to release in WWDC 2021 in early June, we can expect the iOS 14.5 updates before that. Nonetheless, iOS 15 is scheduled to release in September or October (just like the tradition).