Home » How To Use SharePlay To Watch Movies Together on iOS 15.1 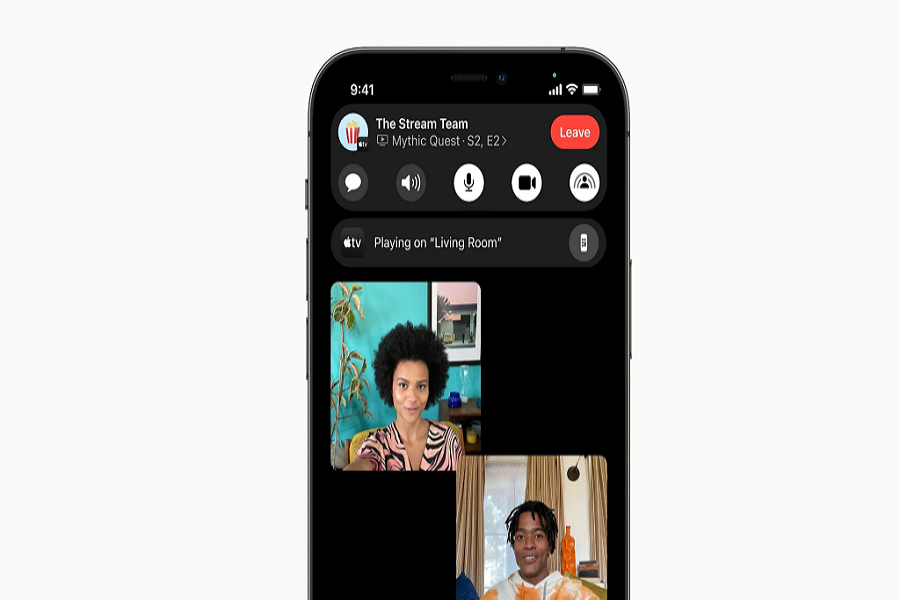 All these months, I have been waiting for the FaceTime SharePlay feature to watch movies and TV shows with my girlfriend (who lives far from me). Even if we are not seating together, Apple’s SharePlay has the feature to watch content together.

I know we cannot watch Netflix via SharePlay since the app is not added support for SharePlay. However, there are still dozens of app that support SharePlay. iPhone’s screen sharing feature also supports, and you can watch, Apple TV+, Disney+, HBO Max, Hulu, and any content you have downloaded on your iPhone. If you are also new and don’t know how to use SharePlay to movies and TV shows together, let me show you the full guide.

Let’s start the process as a host. Open the FaceTime app and tap on the New FaceTime button. Then select the contact. Once the call start, you will see a small control bar menu at the top.

After tapping SharePlay, the other person will get the notification that the SharePlay starts. You need to open an app like Apple TV+ or any other supported app to share content. When launching the app, you will see the ‘Choose Content To Use SharePlay’ option at the top. Tapping on that option will bring three options: SharePlay Automatically, Ask Next Time and Share My Screen. Tap Share My Screen to start sharing screen. You can also choose the other two options according to your choice. Now choose the content from the app and tap on the SharePlay button.

Once you have started watching together party with your friend via SharePlay, both users can control content from their devices like volume control, pause, play, forward, and backward.

How To Add Third Person In SharePlay Party On iOS 15

That’s how you can start SharePlay in FaceTime to watch movies and TV shows together with your loved ones even though they are not with you. The worldwide popular streaming app Netflix and Amazon Prime still does not support SharePlay. But we can expect a new update soon to make the app compatible with the SharePlay feature.