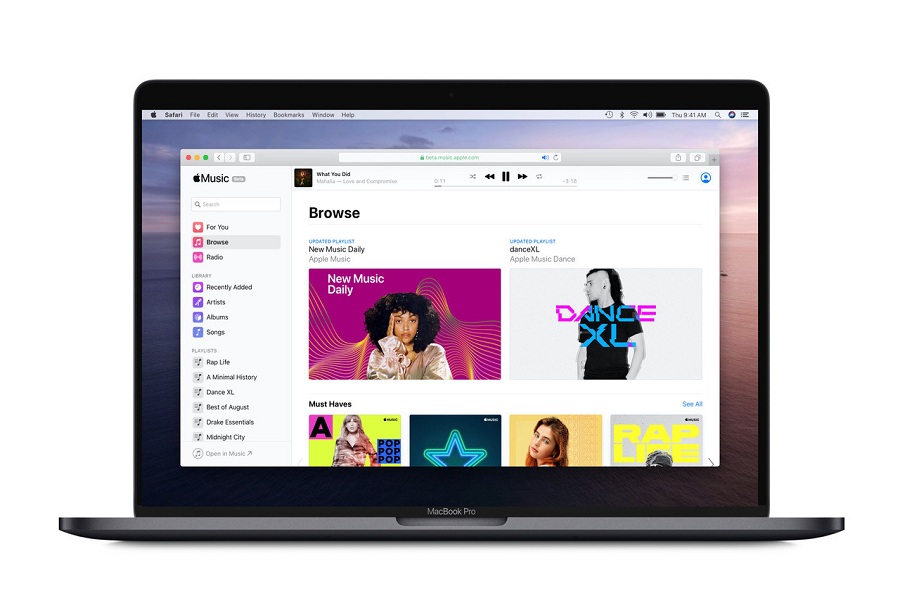 How to Use Apple Music Player on Google Chrome, Android, Windows 10, Etc

There is no tough process to use Apple Music on Web browser. Right now, Apple has released a public beta for Apple Music Web for subscribers at beta.music.apple.com. You will need to Sign up for the Apple Music Web to get started.
Once you visit the official Apple Music Web Beta page, you will see the whole Apple Music catalog with the complete Playlists — including Apple’s personalized “For You” recommendations — and Apple Music’s radio stations.
Since the Apple Music Web version is in the best form, bugs and glitches are possible. Also, there are some features like Beats 1 live broadcast, Apple’s original music video content, and smart playlists. The complete interface of the Apple Music Web Browser looks like Apple’s new standalone Music app that the company is launching with macOS Catalina later this year.
After Spotify released the Spotify Web Browser app, Apple took a step to compete with other rivals by allowing them to use the Apple’s Music Store on other platforms like Chrome OS or Linux and Android without using any unofficial third-party custom app or tool.
Well, there is no option to subscribe via the website right now as the Apple Music Player web is in beta. But Existing subscribers will be able to stream Apple Music as well as access their library anywhere with the provided sync enabled.
So, with the Apple Music and Apple TV Plus platform for all platforms, it’s Apple now sense the current trend and started building stuff for non-Apple users to get more customer without selling the device. Let’s see how Apple will give the final version of Apple Music Web and Apple TV+ to all Apple fans. Once you have started using Apple’s Music Store on other platforms, please do not forget to share your opinion with us in the comment box.
TagsApple Music Player Apple Music Web Apple Music Website

Will iPhone SE 2 have Dual-Camera?
New Apple TV With A12 Chip Expected To Release Next At Apple’s Special Event
Comment