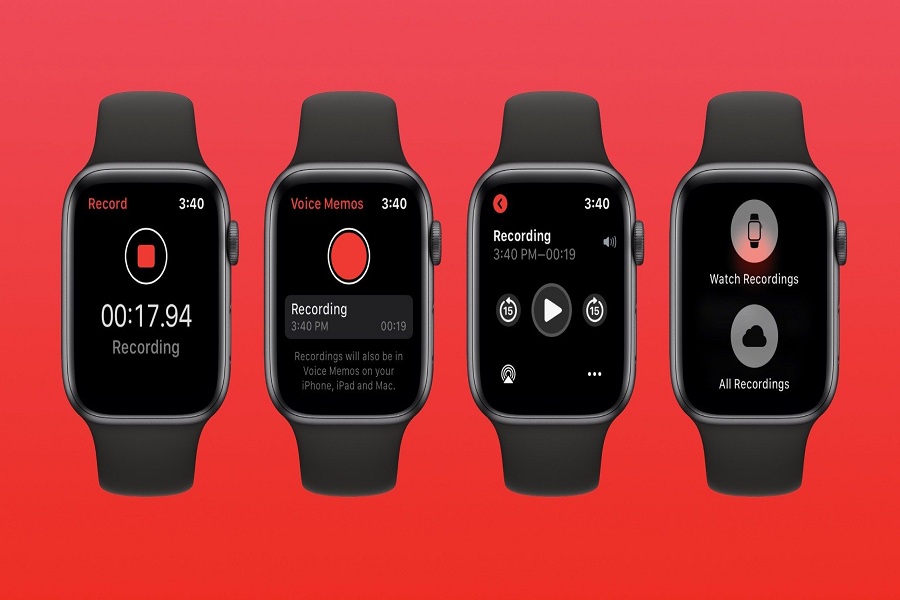 With the watchOS 6 update, Apple has added one productive feature to record your voice message from your wrist quickly. So, you don’t need to use your phone to set a reminder or an alert message as you can use a built-in voice memo app on Apple Watch in watchOS 6 to note your quick messages or record any message for your meeting or a note for your family. These all have become very easier since the watchOS 6 released of Apple Watches. If you have an Apple Watch and wondering how to record Voice Memos in watchOS 6 on Apple Watch, then here we have a quick guide to do so.

How to Use Voice Memos on Apple Watch in watchOS 6

Note: Make sure that you installed watchOS 6 on your Apple Watch to your use this new Voice Memo app.

Step #1: On your Apple Watch, ask Siri to launch the Voice Memos.

Step #2: Once it opened, just tap on the red record button to record your voice.

Step #3: Now record your message and again tap on the red button to stop.

Step #4: Once you voice message recorded, you can find it in the voice memos app. So, tap the Digital Crown and select the Voice Memos app.

Furthermore, all these recordings will be available on your all Apple devices. Even you can rename, delete, and review the recordings according to your preference. I guess now you know how to record voice messages on Apple Watch in watchOS 6. Well, the watchOS 6 is still available as a beta, so you are waiting for the stable watchOS 6, then you will have to wait for the Apple’s September event where it will release officially for all Apple Watches including upcoming mode. If you noticed any other great thing on the latest watchOS 6, don’t hesitate to shoot comments below.

Apple Watch Series 5: The Best and Worst about Apple’s Next Smartwatch
Apple rolled out an update to fix GPS issue in older iPhones
Comment