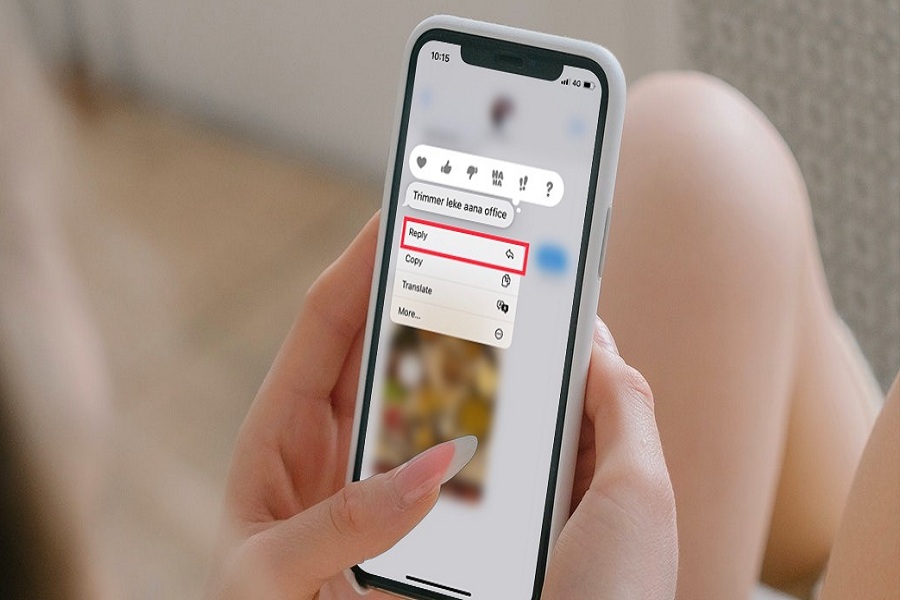 Ever since the third-party messaging apps started adding some fruitful features, people have been choosing third-party apps for chatting over the phone’s native app. From all these years, Apple also improved its messaging service and added an inline reply feature on iOS 14.

While chatting with someone, we often encounter a situation when we have to reply to a specific message from the chat history or multiple messages; an inline reply feature comes at that time. After WhatsApp added the option to make inline replies, Apple also considered and added the feature to make inline replies on iPhone in iOS 14 and iOS 15. This article will show you how to reply to a specific message on iOS 14 or iOS 15.

Note: Make sure that both users are using iPhone or iPad. An inline reply will not work for non-Apple users.

That’s how a user can reply to a specific message on iPhone or inline reply on iOS 14 or iOS 15 running iPhone. When you scroll down, you will see the inline replies in the gray bracket and reply option.

Once you know how to inline replies on iPhone, your conversation with the user will be handy and fruitful. Apple recently also added the new feature drag and dropped links and photos within the messages app on iPhone.

Was this guide helpful? I guess now you are aware of inline replies on iPhone. If you need more help regarding the use messages app on iPhone, don’t hesitate to share with us in the comment section.

Winter Aesthetic Wallpaper For iPhone on iOS
Blue Arrow On iOS 15: Meaning & How To Get Rid
Comment