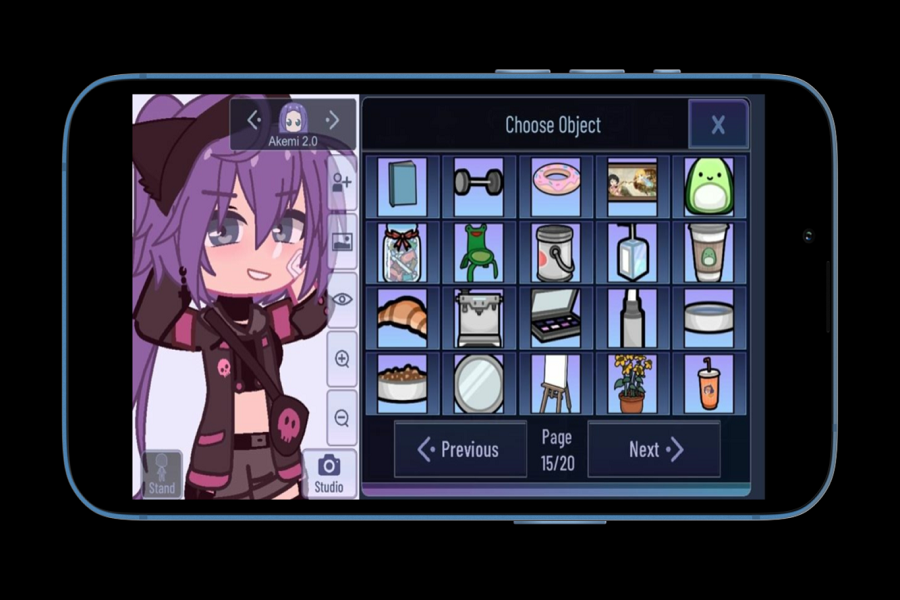 In addition to Gach Nox iOS, Gacha Cute iOS is another app with users looking for download procedures. While there are several gacha games to choose from, the Gacha Cute version has swiftly just become a fan favorite.

Gacha games are so popular among kids due to the character design of the game. Gacha means “to draw out.” The gacha game series is so prevalent in Japan, and now people across the globe are going crazy about the game and wishing to get Gach Cute on iOS devices.

From the Joo and Akemi Natsuky, the latest Gacha Cute game is developed as the mod version of the Gacha club game. The game also supports English and Portuguese. This game is also called Gacha Life Cute game along with the primary name Gacha Cute.

In the new Gacha Cute version of the game, the makers added the Gacha Club mod with new items, clothes, characters, and much more for fans.

Gacha Cute Mod follows the same story as the Gacha Club game. The player can choose their favorite character according to the choice, edit the aspects, add effects, change clothes, and do more customization according to the mood.

Since the Gacha Cute included a new and huge list of items and characters, more Gacha fans are choosing Gacha Cute over Gacha Club on iPhone. The new pet adaption options on Gacha Cute are something great that everyone loves about it and wants to get Gacha Cute on iPhone.

Yes, Gacha Cute is safe for users. It cannot harm your device.

Can you play Gacha cute without downloading?

No, you cannot play Gacha Cute without downloading.