Home » What is Dynamic Island on iPhone 14 Pro? 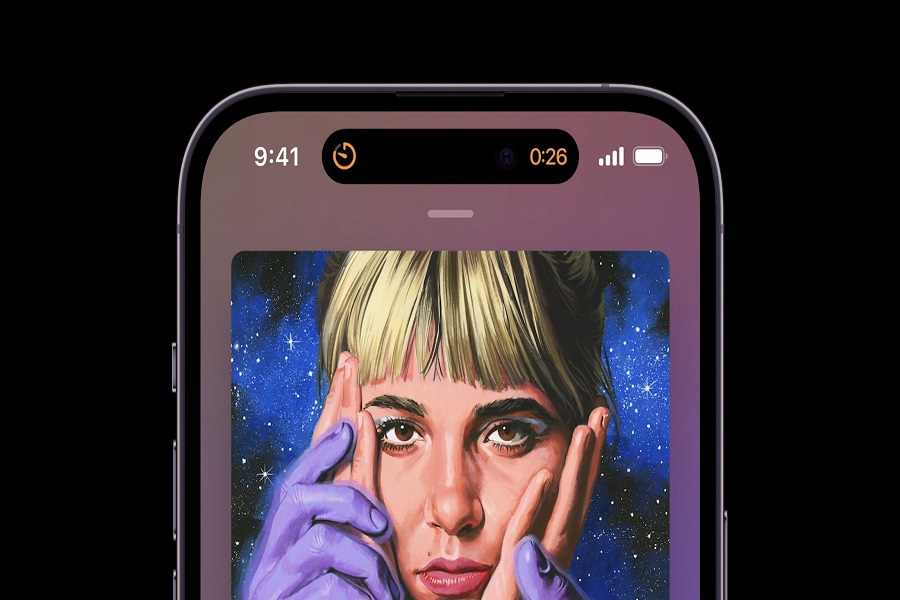 It’s finally time to bid the notch farewell! The latest line of iPhone 14, iPhone 14 Plus, iPhone 14 Pro, and iPhone 14 Pro Max have finally been unveiled by the company. The not so good- looking notch cut out has long been despised by users is finally coming to an end. However, this time, Apple unveiled a brand-new feature named Dynamic Island. The front camera is still housed in this pill-shaped cutout, but it also features algorithms that will adjust the size of the black gap based on your actions to make it even more helpful. The dynamic island makes it feel much more like a full screen, despite the fact that it’s not a true full screen experience.

The key here is that the OLED display around this pill-shaped cutout can really move and resize around the camera and the genuine depth sensor, resulting in a sort of hybrid of notifications and live widgets that are always visible on the screen.

Let’s use an example: You’ve just started playing some music, and when you swipe up the music player, the dynamic Island appears right away. A timer can be added, and it also appears on the moving island. Directly from the Dynamic Island, you can instantly access either of those apps or rapidly operate either of those apps. Start a voice memo is just one of the many things you may do and observe in the interactive island. The dynamic Island would subtly transform into something akin to a little multitasking UI and allow you to rapidly switch between these ongoing items if you had a timer, Maps navigation, and music playing all going on in the background.

How to use Dynamic Island?

Dynamic island is probably the best replacement and upgrade from the notch. It can be used with many applications at once. We learned about the Dynamic Island during the Apple’s live event on Wednesday. It replaces the iPhone’s customary notch and can grow and contract to take on various shapes to share alerts and other activity.According to Apple, “each alert has its own personality and was built with its own unique character.”

How does Dynamic Island Work?

Dynamic Island feature supports the majority of Apple’s own iOS apps, and you can even use them simultaneously with various other apps.Support for non-Apple apps should become available after the Dynamic Island UI has been integrated into the app. Here is the list of the current known apps that is going to support dynamic feature.

How many apps will Dynamic Island support together?

On Dynamic Island, only two apps at once will be visible when they are active in the background. Dynamic Island will only display the inactive components of the other app when you open either of these apps on the screen.When there are more than two background apps active, Dynamic Island will display portions of the two most recent apps you minimised.

You may press on the symbol to launch that app and take action, or you can hold down on it to reveal more details about what’s occurring without having to drag down your notifications. This basically just looks like the widget that would be in your notifications.

According to Apple, the dynamic Island will be usable by third-party apps and will work well with the new live activity widget that is included in iOS 16. Everything on your phone will therefore update dynamically much more frequently.

Apple has reduced the components of the face ID system and the selfie camera by around 30 percent so that they will all fit in the pill-shaped cutout at the top of the screen. Since it’s an OLED and you can turn off any pixels to make them appear pitch black, they took it a step further and experimented with expanding the tablet’s edges with extra UI.

If you have any continuing notifications or live actions running in the background, such as music playing, timers, an Uber notification, or anything else, those will appear. It includes a cute little motion that allows it to grow, contract, and move around the cutout, and it works fantastically.

That’s it folks! This is all that we know currently after the introduction to this new feature at Apple event yesterday. More updates of the new features presented at Apple event will be coming soon on our website.