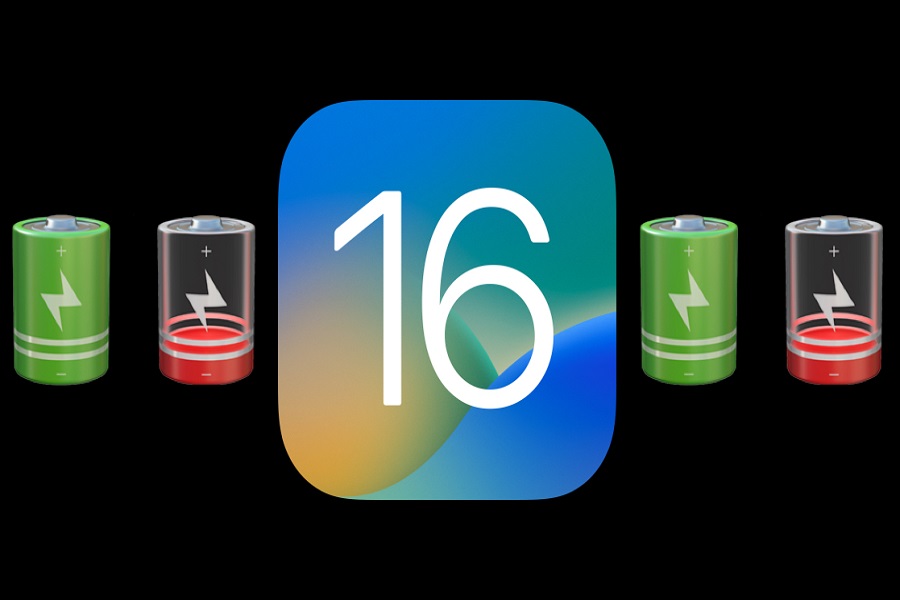 Whenever a new software update is released by Apple, it always comes with a bumpy start. The same goes for iOS 16 as well. When iOS 16 was released no doubt, it broke the record but it also came with a lot of bugs and issues.Since iOS 16 is out for more than a week now, everyone must have installed it on their compatible iPhones and tried out the new tips, tricks, and features of this software update such as edit, deleting sent messages, pictures cut out, lock screen customization, and many more.

Almost every iPhone user who had installed iOS 16 had raised an issue about many bugs including everything from the new iPhone 14 Pro’s camera shake to too permissive copy&paste rights including the battery drain problem as well.

Let us talk about the most common issue raised by the users; battery drain. Users claim that after installing the latest iOS 16 update, their iPhone’s battery life has substantially decreased. Apple finally came forward to address this issue by stating that the haptic keyboard feature in iOS 16 might be depleting iPhone batteries. Regarding this Apple Support pageeven made an official statement claiming that “setting on keyboard haptics may reduce the battery life of your iPhone.” However, even after turning off this feature, many have reported experiencing the same problem. Basically,the haptic keyboard feature is not the only reason that your phone is losing its juice.

Many companies and sources reached out to Apple regarding the battery drain issue, but unfortunately, Apple has kept shut regarding this matter and is not responding to this issue, they are stating that whatever bugs and errors are caused by the iOS 16 software update, it will be resolved with iOS 16.2 release. Well, iOS 16.2 has already been released and there are no signs of any bug fixes or battery drain issuesbeing solved.

Users of the iPhone 14 series replied to the battery drain issue by indicating they had not yet experienced it. This is because the new iPhones have faster CPUs and the most up-to-date technology, so they are more likely to execute the software without reducing battery life. If you have an older iPhone, you will face the double blow of an older processor and a smaller battery. This, together with the iOS 16 update’s improvements, resulted in some customers reporting significantly low batteries.

According to one of the known sources, there are several reasons why OS or app upgrades might have caused high battery drain, but the main issue is that it should not have made it to the user base if proper testing and optimization were performed in the pre- release code.

All we can do now is just wait and watch for Apple to release an update that fixes the battery drain issue. Let us know your thoughts regarding the ios 16 battery drain in the comment box down below.