Home » What Is the Difference Between the Apple Watch Series 7 And 8? 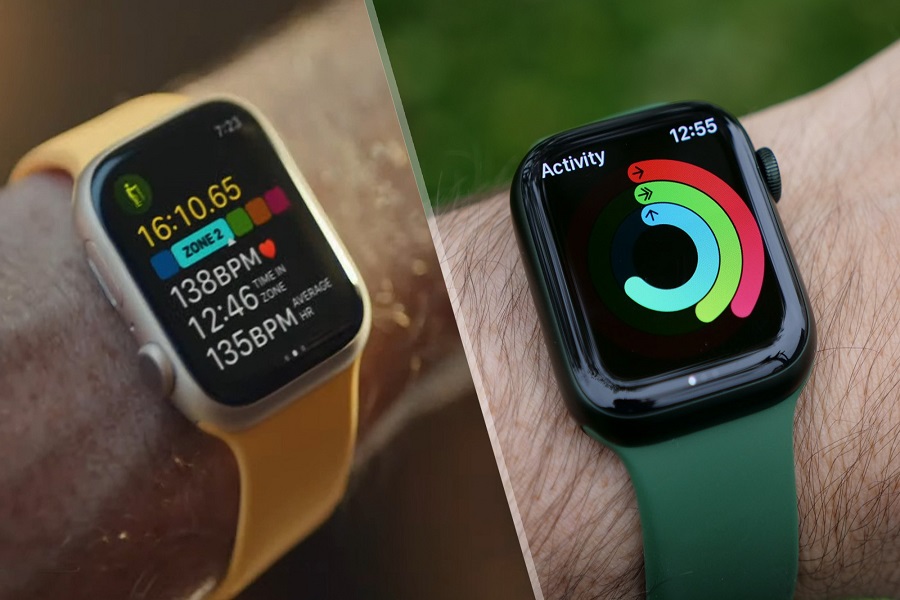 Besides a few design upgrades, the Apple Watch Series comes with a variety of new improvements in the features, which is what makes it worth every penny you spare. From sporting a stunning skin temperature sensor to featuring unique features like crash detection, the devices feature a lot of amazing upgrades.

The new Apple Watch Series 8 also comes with low power mode, along with the watchOS 9 upgrades.

However, if you pull out these features, the Apple Watch Series 8 is pretty similar to Apple Watch Series 7. That said, there are a few comparisons that are worth looking into that we have laid out in this article for you to glance through.

The one thing that Apple has maintained its consistency in is the price of its Apple watches. So, with Apple Watch Series 8 starting at $399 for the 41mm dial, it wasn’t surprising that Apple didn’t deter much in the price range.

However, with Apple Watch 8 now available, don’t be surprised if you do end up getting your hands on the Apple Watch 7 for a cheaper price point.

Moving on from the pricing, the one factor that most Apple enthusiasts are excited about is the design element and upgrades.

Compared to the previous launches with Apple Watch 4, Apple Watch 7 introduced larger sizes of the dial along with a curved design, which was unique and a breath of fresh air.

Similar design elements are carried forward in the Apple Watch 8 with a curved design and dust-resistant exterior. However, Apple Watch Series 8 comes with a variety of color options, differentiating it from the Series 7.

But, at first glance the Apple Watch 7 and 8 won’t make any difference and they might look pretty much the same.

Moving on to the features, both Apple Watch 8 and 7 are backed with watchOS 9, which means that the features are pretty much the same in both smartwatches.

Besides the staple features like sleep tracking, afib history, and medications app, the Apple Watch 8 also comes with the new low power mode, enabling users to save battery life for quite a long time.

However, the biggest feature upgrade is with the integration of the skin temperature sensor in the model. This is expected to help the users with tracking their fertility and menstrual cycle.

Also, the Apple Watch Series 8 comes with two new motion sensors inside, along with gyroscopes and accelerometers that support crash detection.

Whenever it comes to buying a smart device, being mindful of the battery life is crucial. It allows you to keep a check on the individual features and keep track of all the staple features, including fitness tracking, sleep tracking, etc. for prolonged periods.

The Apple Watch 8 comes with 18 hours of battery backup with fast charging feature, making it a pretty great option for you to explore. With the low power mode, it also becomes easier to maintain the battery life for a longer period, which is always a benefit.

Given that both these models don’t differ a lot in terms of price range and features, we’d recommend that you splurge a little more and get the latest Apple Watch Series 8 instead of relying on the Apple Watch 7. However, it still depends on personal preference, so look through the individual features to see which one lives up to your expectations better.

TagsDifference Between the Apple Watch Series 7 And 8

How to get Agrovpn free on IOS?
10 Best Ironman iOS 16 Wallpapers Depth Effect In 4K
Comment