Home » Will Diablo Immortal be on iOS? 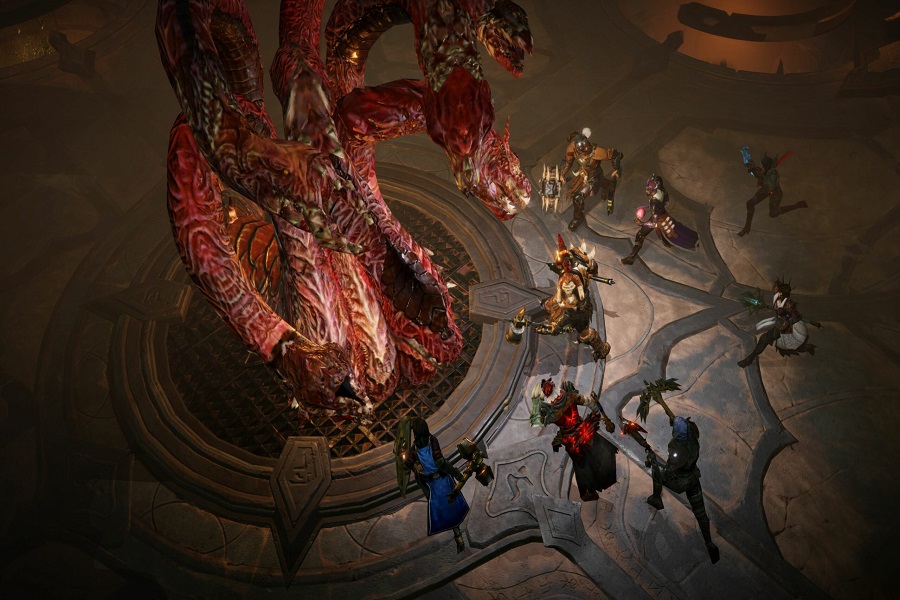 Are you gaming lover, looking for an action adventure series with tons of weapons and interesting challenges? Well, in that case, Diablo Immortal is there for you. The latest video game is all set to launch on Apple, Android, and many other devices to add thrill to the players’ experience.

This multiplayer game is available for free and allows you to customize your avatar. Curious to know more? Keep scrolling the page to the end and check out whether you can enjoy the game on your iOS.

What is Diablo Immortal iOS Game?

Diablo Immortal is a free-to-play video game in the Diablo series geared for mobile devices. It was announced in late 2018 and is set to be released for Android, iOS, and Windows on June 2, 2022.

Immortal, unlike many other free-to-play mobile games, does not include an “energy” system that limits the amount of free play time accessible. Between Diablo II and Diablo III, the massively multiplayer online action role-playing game takes place.

It was developed by Blizzard Entertainment and NetEase. Many of the game’s activities are meant to be modest to fit within the shorter play sessions typical of mobile gaming.

Before you jump into the decision of whether the game is worth giving a try or not, let’s understand some of its features that make it stand out from the crowd.

Diablo Immortal allows you unprecedented flexibility to be who you want to be in the massive MMORPG world of Sanctuary, with so many possibilities to personalize your character and equipment.

Crusader, Barbarian, Necromancer,, Monk, Demon Hunter and Wizard are six classic and customizable classes available in the game. With each successful encounter and clash, you will get new skills, allowing you to become the most crucial player in the war arena.

Equip yourself with all-new set items and legendary weapons and also level up your favorite weapons to increase its power.

Diablo Immortal is an unrivaled MMORPG that transforms the best PC elements into quick, intuitive controls for your mobile device. Directional controls make it simple to maneuver characters around the globe.

You’ll always feel in command, whether in a raid or fighting swarms of demons alone. Also, using a talent is as simple as holding down a thumb on a skill to aim, then releasing it to wreak havoc on your enemies.

Players have a globe to explore, from the war-torn environs of Wortham to the great metropolis of Westmarch and the darkness of the Bilefen Jungle. Discover a deep Diablo story with quests, enemies, and challenges never seen before in the Diablo series, including raids in massive, ever-changing dungeons.

Your adventure will take you through ever-changing landscapes and obstacles. Diablo Immortal provides something for everyone, whether you want to spend your time exploring the world or fighting through endless dungeons.

Players will have several opportunities to meet and connect with their fellow explorers in the Sanctuary realm. Diablo Immortal is here to help you get the most out of your MMORPG experience, whether you’re fighting in the arena, raiding through the shadows of a dungeon, or upgrading your gear.

Can you play Diablo Immortal on iOS?

Yes, definitely. A new Diablo game with a fresh new story, competitive and cooperative multiplayer features, and controller support will get released on iPad, iPhone, and Android devices.

According to a statement from Blizzard, “the Diablo Immortal team is happy to create the opportunity for extra battle-ready adventurers to confront Skarn’s deadly demonic armies and prevail.”

“Diablo Immortal,” according to Apple, will allow gamers to play as their favorite character classes, including Barbarian, Necromancer, Demon Hunter, and more. In addition to controller support, never-before-seen locations, and a continual stream of new material, the game will keep players coming back for more.

There will also be cooperative and competitive play modes, letting players work together in dungeons and compete against one another in player-versus-player battles.

We already knew Blizzard was working on a new Diablo game that would get optimized for mobile devices. Diablo Immortal will have cross-play and cross-progression on PC, as well as controller and keyboard compatibility. That’s all for now!! We hope our research have eliminated some of the doubts and queries regarding the game. For more such updates, stay tuned with us!!

How to remove TikTok filter on other people’s videos on iPhone?
What devices will support iOS 16?
Comment