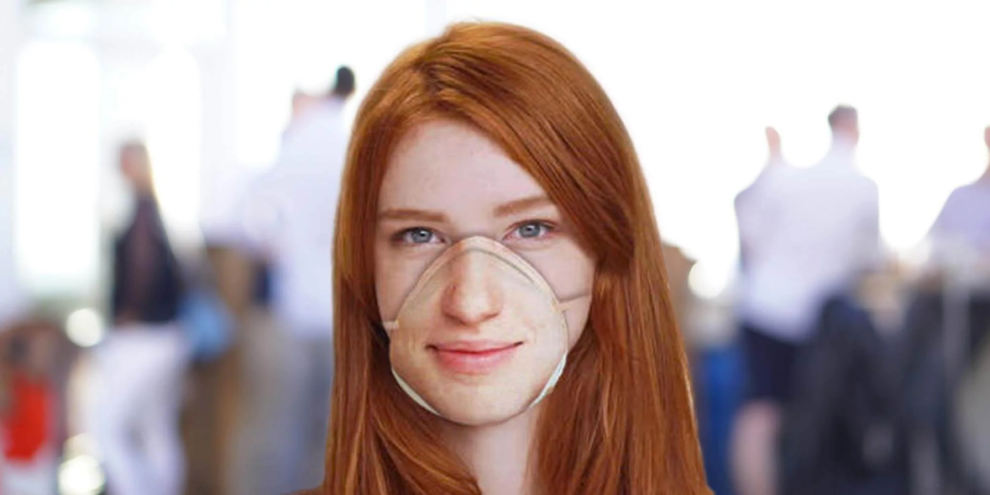 The outbreak of coronavirus in the last month has crossed the border of China to various different countries. According to the Worldometers, the total death count has reached 2619 and 2596 among the total are from China only. While mask business is growing to the infection but many businesses and other sectors are affected by this outbreak and Apple is no exception from this. We had already told you that several reports believe that due to coronavirus, the iPhone supply to China is expected to get decreased by 10%. Talking about the mask and Apple, a piece of new news came to highlight a few days ago that customized face mask will be made for Apple users that will allow them to unlock Apple iPhone with Face ID.

Wearing a mask is a protective measure as it will protect you from coronavirus or any harmful gases but it will not allow iPhone users to unlock their devices with the mask on. Recently, Danielle Baskin, a painter and phone operator from San Francisco announced via her Twitter handle that she has been working on face masks that will allow Apple and other smartphone users to unlock their device.

According to her plan, she is going to print the lower face area of the person, which is covered by the mask, on the medical mast so it will work in both ways. She took on her Twitter account to post example photos to tell that “Made this service that prints your face on an N95 mask, so you can protect people from viral epidemics while still being able to unlock your phone.” She has also mentioned the website at the end of the tweet – faceidmasks.com. Now people on the internet desperately want this customized face mask for them.

She has named this face ID mask as Resting Risk Face, that’s what its website says. But according to a report of DigitalTrend, Baskin has replied on their email and told that she is still working on the idea but she is not 100% sure that this face ID mask will work on every smartphone because every device has a different method. Some smartphone processes the depth of the face while unlocking the phone. But Baskin is trying to put this idea on a roll that will work on any smartphone. You need to add an additional face on your smartphone with the mask on your face and contoured version of the mask will supports depth sensors of the Fae ID.

But other than Face ID unlock, these face ID masks are beneficial to recognize people in a crowded place and they also protect you from the deadly virus. You can visit the website of Baskin to know more about this “Resting Risk Face.” The price of Face ID face mask is $40 according to the website.

Due to coronavirus, iPhone SE 2 or iPhone 9 launch event has been postponed according to some reports. But some reports have confirmed that the iPhone 9 launch will be held on March 31st as per the schedule. Time will let us know what Apple has in mind.