Home » Can I Add Spotify Widget To iOS 14 Home Screen? 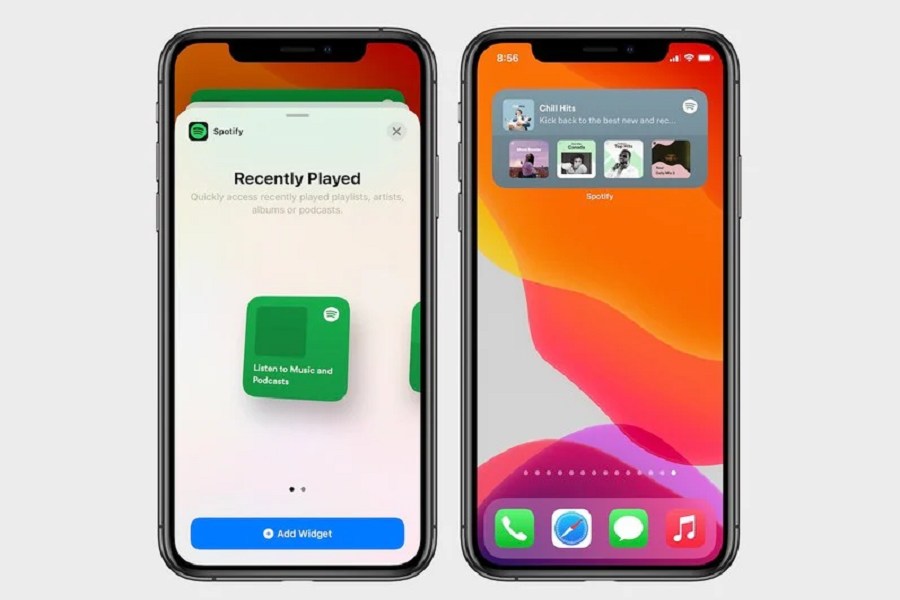 Ever since Apple added the new widget function on iOS 14, I search for a lot more widgets for my iPhone’s home screen every day. After already trying more than 20 widgets on the iOS 14 home screen, I am also keen to get more widgets.

You May Also Like : Can I Remove App/Widget Name Or Label from iOS 14 Home Screen?

Before Spotify, I also added the Apple Music widget to the iPhone home screen, and it was looking fine. Sometimes the widget showing the older tracks, but I was okay with it. Later, I updated my iPhone to the new iOS 14.0.1, and the problem was fixed.

As iOS 14.0.1 landed with some bug fixes, I also thought it might be this time to add a Spotify widget to the home screen. But again, I got only disappointment.

It’s been a month since Apple released iOS 14. And finally, I feel glad to tell you guys that the Spotify widget has yet joined the iOS 14 home screen widget list.

You heard it right! Spotify has finally added the widget support for the iOS 14 home screen. It took a month for them to test and final the function. But eventually, they made it.

To work the Spotify music app as a widget, you should have the latest Spotify 8.5.80 version on your iPhone. With the latest version of the Spotify app, you will add either a small or medium Spotify widget to the iOS 14 home screen. Sadly, a large widget option is not working right now. Maybe they will make it work in the next update. But we are happy to know that we can add our favorite music streaming app to our beloved iPhone’s home screen.

Well, the new Spotify widget won’t let you add media playback controls or anything like that, but it will work like Apple Music. Let’s find out how to add a Spotify widget to the home screen on iOS 14.

Note: Make sure that you are running the latest Spotify update on your iPhone.

Step #1: Long press anywhere on the Home Screen until you see the jiggle mode.

Step #2: Once apps started dancing, tap on the Plus icon at the top of the screen.

Step #3: Look for the Spotify Widget and select it.

Step #4: Choose either Small or Medium size and then tap on “Add Widget.”

Step #5: Drag the Spotify widget anywhere you want on the home screen and tap Done at the top right corner.